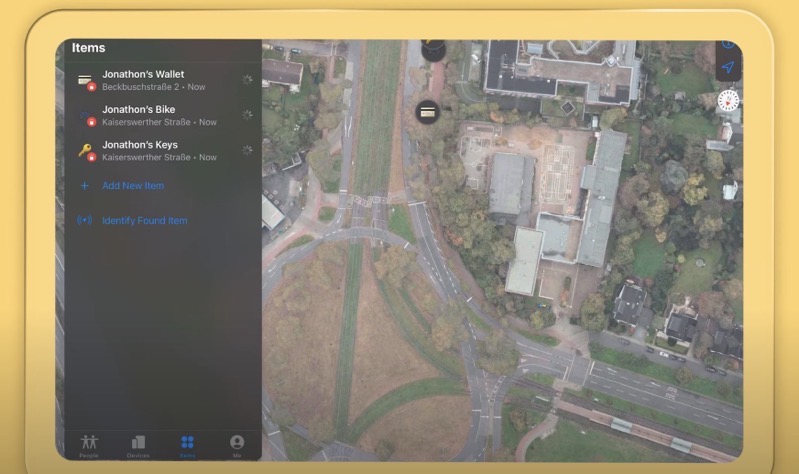 Apple’s AirTag trackers leverage the power of 1 billion Apple devices to help you locate your lost or stolen items. What happens if you leave your AirTags attached to valuables in public and let them get taken?

According to a new video shared by Jonathon Laing based in Germany, he did just that.

He told iPhone in Canada in an email he “decided I would do a proper real-world test, by trying to get the public to steal or collect my valuable goods. I left my Keys, Wallet and my bike in public unattended until someone found them. They all had AirTags attached and told a different story.”

Check out the fun video below:

Laing lives in Düsseldorf, Germany. He said his keys first stopped at the Dusseldorf Hauptbahnhof or Dusseldorf Main Station, then made its way to the City of Karlsruhe.

As for his wallet, it was dropped in the Rhinepark, Dusseldorf and went to an address within the city. He says he didn’t share it for privacy reasons but did reward the finder with a bottle of wine.

Laing’s bike was left in public near the Rhinetreppe in Dusseldorf, but nobody would steal it. So he did the next best thing and had his friend hide it in Nordstrasse, Dusseldorf.

At the end of the day, Laing’s experiment would have been even better if he had an iPhone 11 or 12, as that would allow for the Precision Finding feature, which would have helped him locate his keys, thanks to Ultra Wideband technology and Apple’s U1 chip. But the feature was not possible on his iPhone XS Max.

Have you had any experience ‘losing’ items attached to AirTags yet and tracking them?