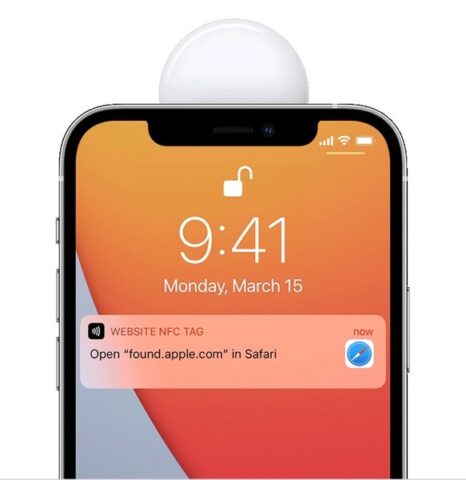 John Nelson, who recently bought a new Dodge Charger, was prompted by an Apple alert notifying him that he was being tracked by an AirTag as he drove to Great Lakes Crossing shopping center in Auburn Hills, Fox 2 reports.

Dodge Charger is a popular target for theft nowadays. Whoever was tracking Nelson’s Charger unscrewed a drain cap under the trunk of his car and slipped the tag inside, notes the publication.

“When I got out I had a notification on my phone, and it said I was as being tracked by an unknown AirTag,” Nelson said. “I was able to click on that notification and it gave me an option to have the air tag emit a sound and I heard it underneath my vehicle.”

Apple only recently debuted an Android app to let users of the latter track AirTags. For regular iPhone users, if an unknown AirTag is following you, Apple will alert you of the fact, which happened in this case with Nelson.

“It’s crazy you can see a map with a dotted red line to wherever you have driven,” Nelson said. “It could be an inside job, a friend of a friend looking to make a quick buck.”

Nelson has filed a police report with the Novi Police Department, which has the tracker now and is trying to find whoever did this.

Here’s a real-world experiment of tracking down a car with an AirTag:

We’ve recently seen more stories of AirTags being used by thieves to steal cars, even in Canada.