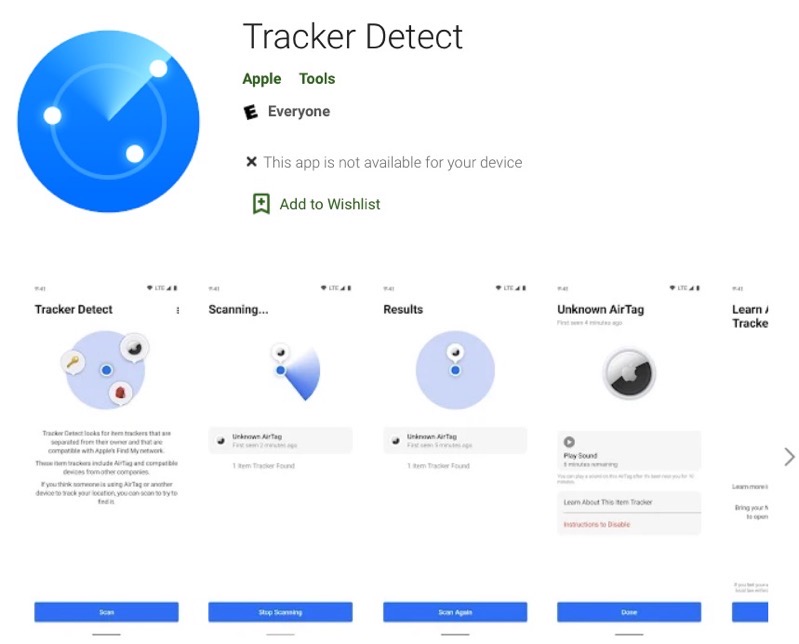 Android users can now download Tracker Detect in Google Play, with the app now allowing Android users to track Apple’s AirTags and other devices on the Find My network, reports CNET.

“Tracker Detect looks for item trackers that are separated from their owner and that are compatible with Apple’s Find My network. These item trackers include AirTag and compatible devices from other companies. If you think someone is using AirTag or another device to track your location, you can scan to try to find it,” explains Apple’s description of the Tracker Detect app.

“AirTag provides industry leading privacy and security features and today we are extending new capabilities to Android devices,” An Apple spokesperson said in a statement to CNET. “Tracker Detect gives Android users the ability to scan for an AirTag or supported Find My enabled item trackers that might be traveling with them without their knowledge. We are raising the bar on privacy for our users and the industry, and hope others will follow.”

Apple first announced Tracker Detect back in June; the app does not require an Apple ID to use and scan for unknown AirTags. The app will also let Android owners detect lost Find My items and reunite them with owners.