If you are looking to buy a Bose audio product, you may need to search elsewhere than the Apple Store soon, according to a reliable source speaking to MacRumors. The iPhone maker will allegedly remove all Bose products with the inventory change, starting as early as next week. 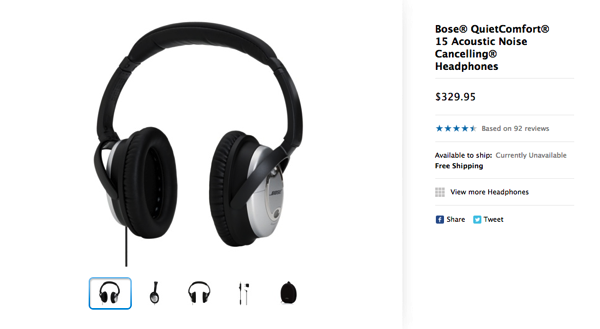 Although the source couldn’t give the exact reason, it is very likely that it is related to Apple’s recent acquisition of Beats. Also, let’s not forget that Bose inked an exclusive deal with the National Football League prohibiting players from wearing Beats headphones while in front of cameras, both during practice and on game days.

It is unclear which party decided to end the partnership, but it is pretty clear that Apple doesn’t want to sell its competitor’s products either in its online or brick-and-mortar stores after paying $3 billion to acquire Beats Music and Beats Electronics.

When the league sponsorship deal was announced, Beats issued a statement saying that over the past few years, its headphones had become part of the pre-game preparations for professional athletes, as “music can have a significant positive effect on an athlete’s focus and mental preparedness”.

San Francisco 49ers quarterback Colin Kaepernick was one of those athletes and even appeared in a Beats television commercial. The same Kaepernick refused to cooperate with NFL’s new policy and, as a result, was fined $10,000 for wearing Beats headphones around his neck.

Google today announced a major update for the Google Home app that brings a fresh new design, Matter integration, support for both Wear OS and the web, and plenty of new features. The company said it set out to reimagine Google Home because the number of average connected devices per user has gone up from...
Nehal Malik
11 mins ago