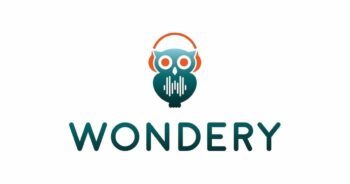 Sources close to the developing matter have revealed that both Apple and Sony Music Entertainment, individually, are currently in negotiations to purchase independent podcasting studio Wondery, reports Bloomberg.

The sources have chosen to remain anonymous in order to preserve the integrity of the ongoing negotiations, which see Wondery looking for $300-400 million USD for its business.

According to one of the sources, Apple and Sony are among a total of four companies currently in talks with Wondery for an acquisition. If a deal is worked out, and one is expected to be in place soon, it will be the largest deal in the burgeoning podcasting industry to date.

Wondery’s sky-high asking price may deter potential buyers from making offers. Even Spotify, the biggest buyer of podcasting companies in recent years, has refrained from taking part in the negotiations.

Over 80% of mobile podcast listeners use Apple’s devices, which is understandable considering the tech giant popularized podcasts through the iTunes platform in the first place, almost 15 years ago now. Apple is now looking to re-establish a foothold in the industry, and it would seem that the Cupertino-based company has its sights set on Wondery to achieve just that.

Wondery was established back in 2016 by former TV exec Hernan Lopez, and went on to produce some of the most successful podcasts we’ve seen since then, including titles like Dr. Death and Dirty John.

According to industry measurement expert Podtrac, Wondery’s podcasts reach an audience of over 8 million people every month. Is that enough to justify the exorbitant $400 million USD asking price, however?

After iOS 16.1 beta users discovered Adaptive Transparency enabled for the original AirPods Pro and AirPods Max, we’re now finding out this is actually a “bug”. That’s according to what Bloomberg’s Mark Gurman shared on Monday morning, citing the MacRumors report. “I’m told this is a bug,” said Gurman in his retweet. He later clarified the […]
Gary Ng
3 mins ago

Any shred of mystery Google was saving for its Pixel 7 series launch event on Thursday, October 6, likely dissipated when a detailed and legit-looking spec sheet for the two phones leaked online over the weekend (via 9to5Google). Apparently, a mobile carrier in Taiwan prematurely shared the spec sheet for Google's Pixel 7 and Pixel...
Nehal Malik
58 mins ago