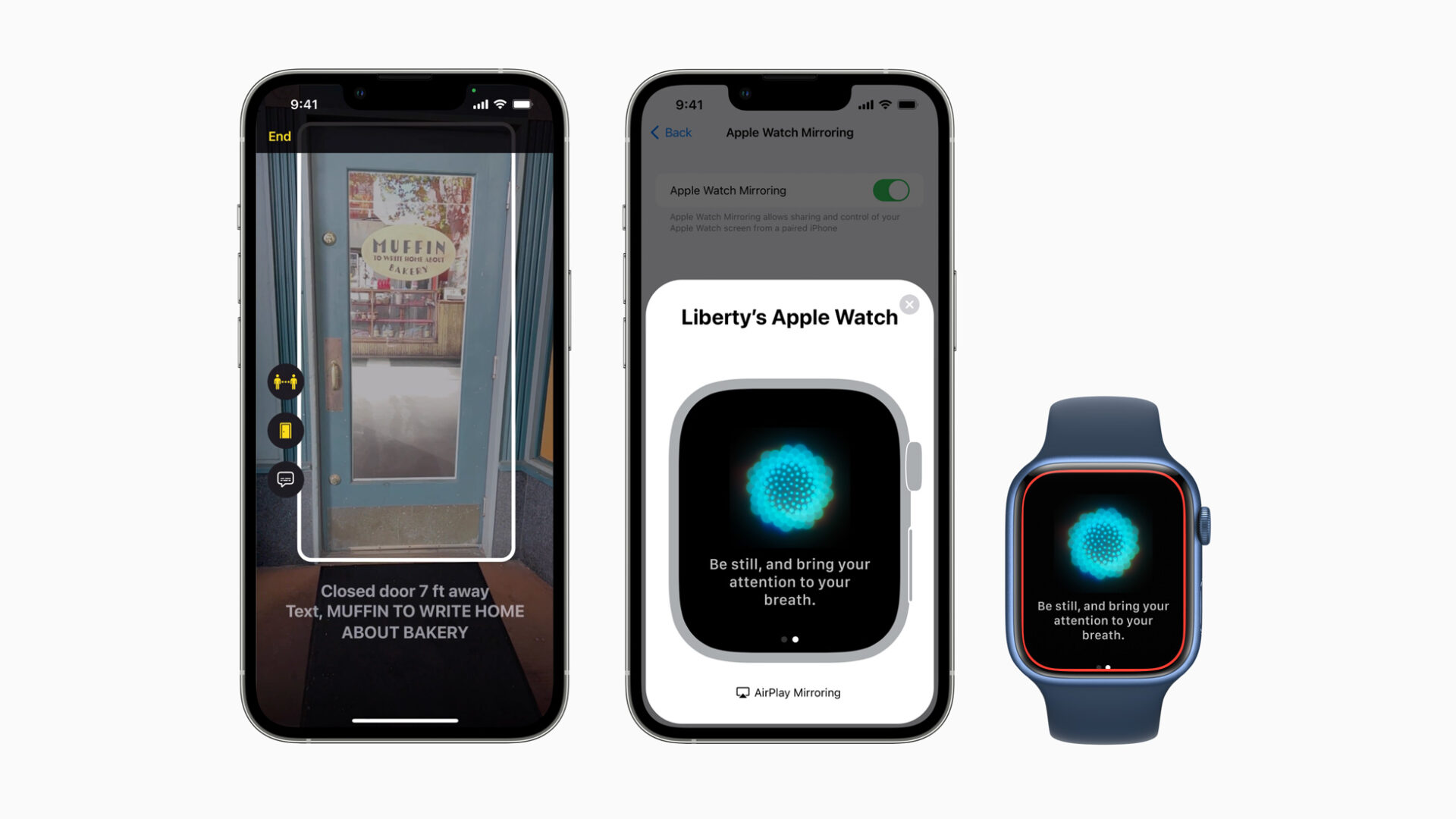 Apple on Tuesday announced new accessibility features for the iPhone, iPad, Apple Watch, and more. The Cupertino, California-based tech giant said the features will offer “new ways for users with disabilities to navigate, connect, and get the most out of Apple products.”

“Apple embeds accessibility into every aspect of our work, and we are committed to designing the best products and services for everyone,” said Sarah Herrlinger, senior director of Accessibility Policy and Initiatives at Apple.

“We’re excited to introduce these new features, which combine innovation and creativity from teams across Apple to give users more options to use our products in ways that best suit their needs and lives.”

The announced software features will start rolling out to users later this year as part of firmware updates, said Apple, but the company did offer up a preview in the meantime. Apple’s upcoming accessibility features include:

A new navigation feature that is designed to allow people who are blind or have low vision to locate and be guided to a door by their iPhone or iPad upon arriving at a new destination.

Door Detection uses LiDAR, the device’s camera, and on-device machine learning to locate a door, determine how far away it is, recognize attributes such as whether it is open or closed, and work out how it can be opened (by pushing or by turning a knob, for example).

The new feature will allow users, especially those with physical and motor disabilities, to control their Apple Watch remotely from their paired iPhone.

Users will also be able to use assistive features like Voice Control and Switch Control on the iPhone to control their Apple Watch as substitutes for tapping the Apple Watch display. Apple has also expanded hand gesture controls for the Apple Watch by adding new Quick Actions.

Apple is bringing Live Captions to the iPhone, iPad, and Mac to make audio easier to follow for users who are deaf or hard of hearing. The feature works completely on-device and supports phone and FaceTime calls, video conferencing apps, social media apps, content streaming platforms, and more.

“At Apple, we design for accessibility from the ground up and we’re constantly innovating on behalf of our users. The cutting-edge features we are sharing today will offer new ways for people with disabilities to navigate, connect, and so much more,” said CEO Tim Cook on Monday.

The new accessibility features will likely be a part of iOS 16 (and its sister updates for other Apple product lines). Apple is expected to unveil iOS 16 at its upcoming Worldwide Developers Conference (WWDC), which is slated for June 6-10.

Recent speculation says iOS 16 won’t change much in terms of the operating system’s looks, but it will bring new stock Apple apps and more ways to interact with devices. The first public beta for iOS 16 will reportedly be available in July, which is later than Apple’s usual schedule for new iOS versions.

If you thought OpenAI's ChatGPT is impressive, wait till you see what Google has been working on — if the company lets you, that is. Among Google's many endeavours in artificial intelligence (AI) and machine learning is MusicLM, a model the company created to generate original music from rich text prompts (via TechCrunch). Google researchers...
Nehal Malik
11 mins ago