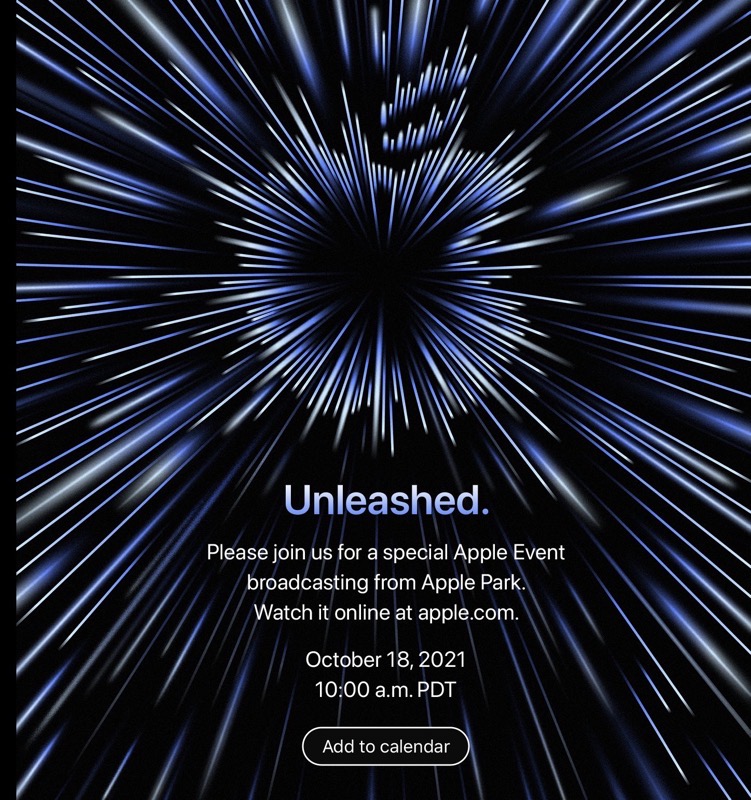 Apple has announced a new special event for October, with the tagline “Unleashed”. The company’s email to press says, “please join us for a special Apple Event broadcasting from Apple Park. Watch it online at apple.com.”

Unleashed! These next six days are going to speed by. #AppleEvent pic.twitter.com/0ops2bVPvl

Apple will likely announce a new MacBook Pro, according to Bloomberg’s Mark Gurman.