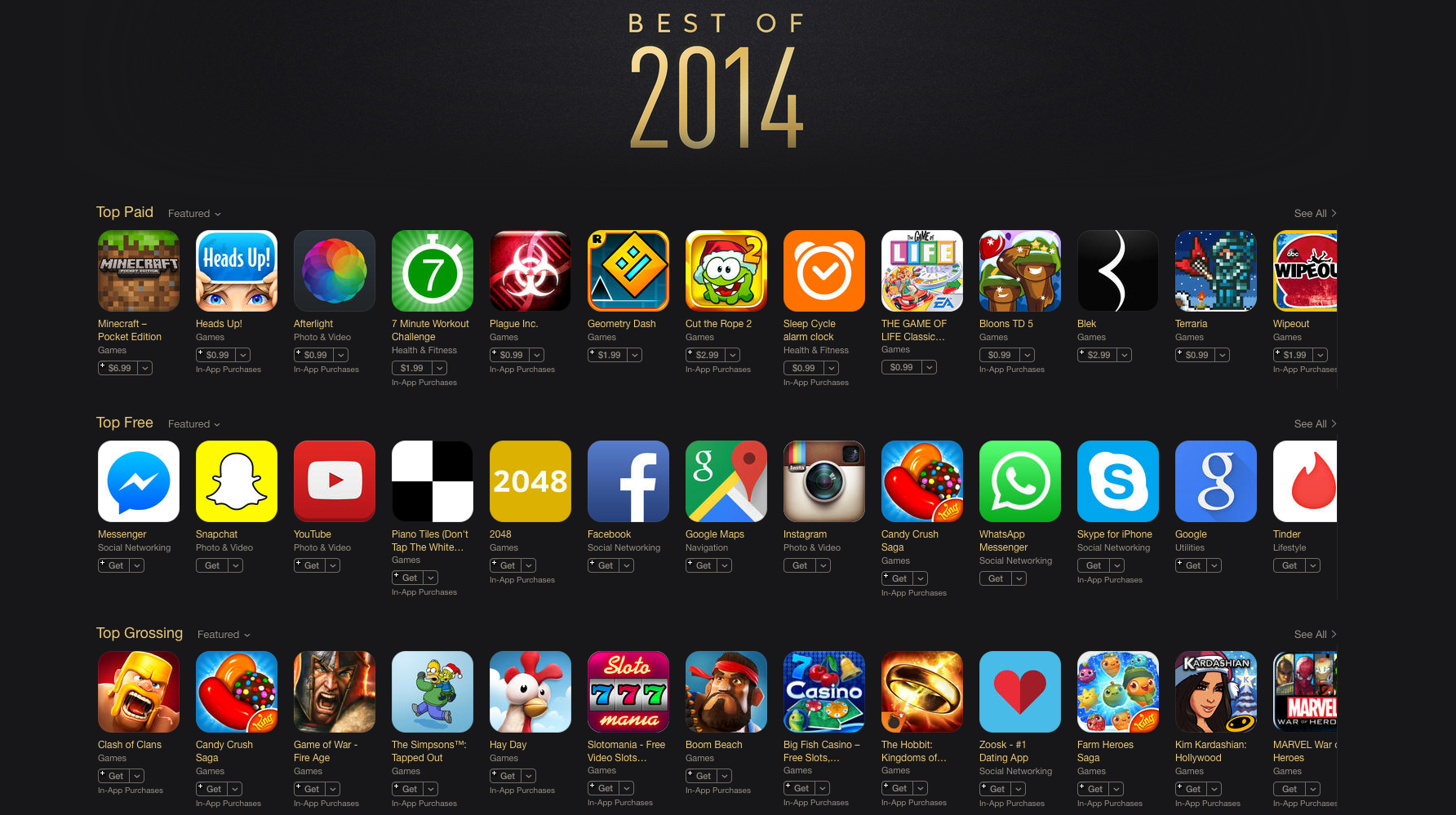 Apple has released a cumulative list of the best performing apps in the App Store across 2014. The list highlights four sections, including the iPhone Top Free, iPad Top Free, iPhone Top Paid, and iPad Top Paid.

The number one free iPhone app of 2014 was Facebook Messenger. Even though the app is on the top of the list, the social networking giant continues to face criticism for removing the messaging capabilities from its main Facebook app. Here is a look at the top five free iPhone apps of 2014:

The top free iPad app of 2014 was Google’s YouTube app, which is a standalone app that lets users enjoy YouTube videos on the iPad’s large display. Here is a look at the top five free iPad apps of 2014:

The number one paid iPhone app of 2014 was the popular party game Heads Up!, which was made famous thanks to its multiple appearances on The Ellen Degeneres Show. Here is a look at the top five paid iPhone apps of 2014:

The top paid iPad app of 2014 was Minecraft – Pocket Edition, which first debuted on iOS in 2011. The app has been updated countless times with new features, better graphics, and bug fixes. Here is a look at the top five paid iPad apps of 2014:

Apple also announced the top grossing apps of the year, which include Clash of Clans, The Simpsons: Tapped Out, Candy Crush Saga, and Big Fish Casino.

What is your favourite app for iPhone and iPad? Let us know in the comments below.