Available now to Apple Arcade subscribers on iPhone, iPad, Mac, and Apple TV, Illustrated is a unique puzzle game that immerses you in beautiful illustrations. 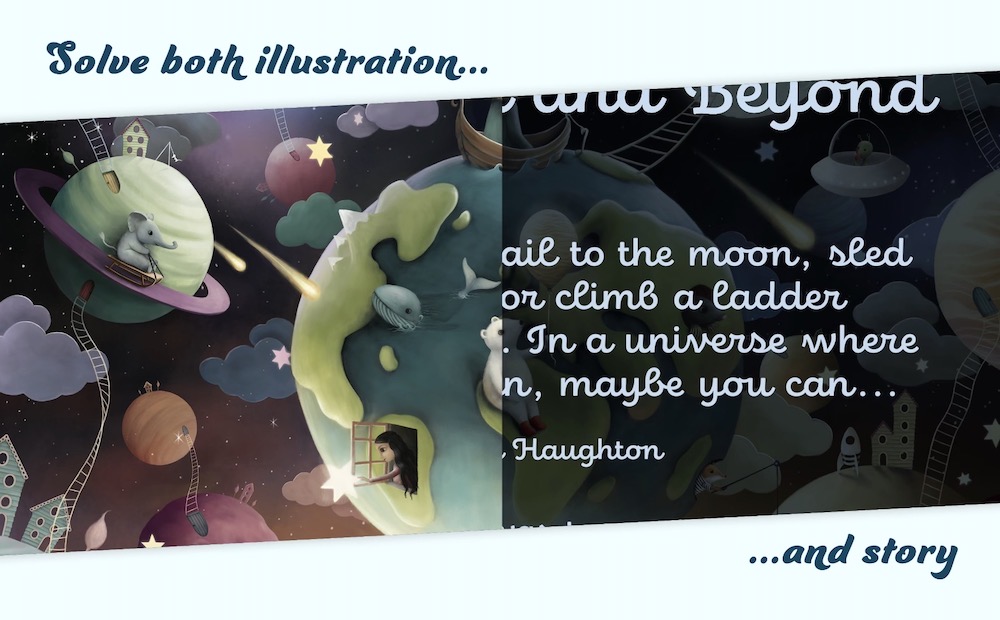 Each puzzle begins with an illustration represented as an early concept sketch, paired with the concealed words of the artist’s story behind their work of art.

Your objective is to solve the puzzle, strategically using both sides – illustration and story.

Discover the stories behind puzzles with @BorderLeap‘s Illustrated. With every piece, your puzzle comes alive with color and music. See Van Gogh paintings from @VanGoghMuseum in a dazzling new way.

With every correctly-placed piece, the illustration comes alive with colour while the words of the story are slowly revealed. Upon completion, the full-colour masterpiece and story are revealed together in unity.

Illustrated offers over 5 hours of custom-composed music and beautiful sound effects that provide an even deeper dimension to gameplay.

Some highlights of the game include:

You can download Illustrated for free if you have a subscription to Apple Arcade.

Next week is the beginning of a new month, so that means yet another list of what’s coming to streaming services such as Amazon’s Prime Video. Below are all the new shows and movies coming to Prime Video Canada in February 2023. Check it out below… February 1 Bodies, Bodies, Bodies The Mummy Schindler’s List […]
Gary Ng
53 mins ago