Apple received the highest rating in the digital rights advocacy group Electronic Frontier Foundation’s annual “Who has your back?” report. Apple joins eight other tech companies with the best rating for adopting best practices around transparency and protecting their users when the government asks for data about them. 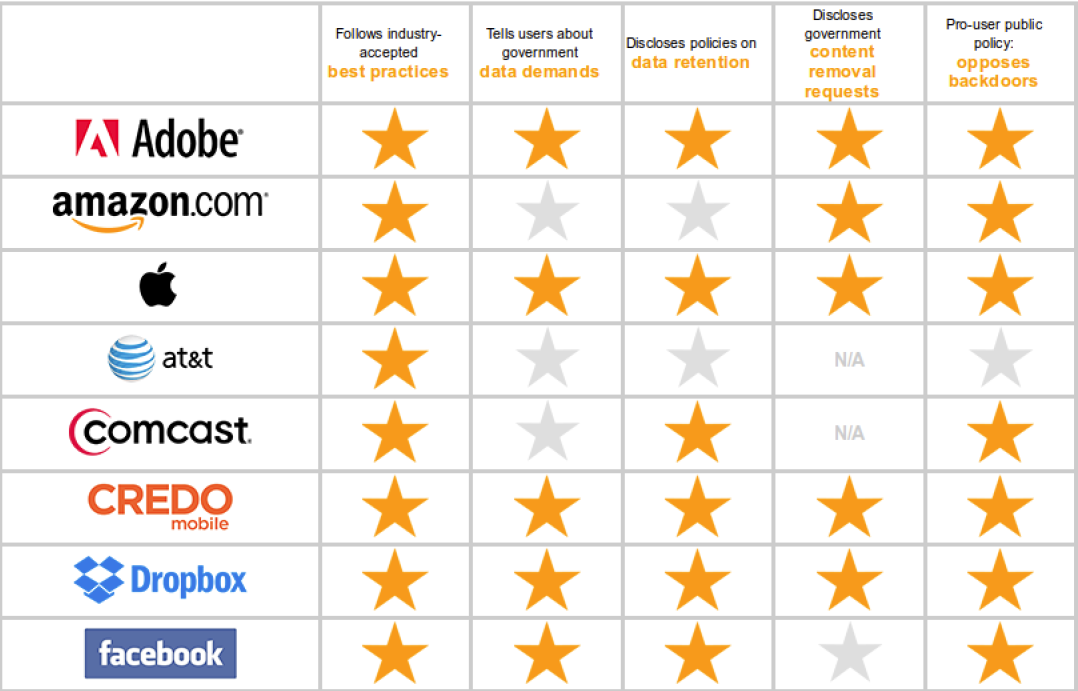 In its fifth year in the report, Apple earned five stars because it has adopted every best practice the Electronic Frontier Foundation (EFF) has identified as an important part of protecting user data, and this year recommends the company for its “strong stance regarding user rights, transparency, and privacy.”

This is the second year Apple has scored well in the EFF report, which details why the digital advocacy group gave the company this rating.