The first two weeks of November 2009 marked the final build and official release of Mac OS X 10.6.2. Today, in just over two months later, Apple has begun to test Mac OS X 10.6.3 with a build released to developers/testers.

Mac OS X 10.6.3 will mark the third main revision to the latest Apple operating system, Snow Leopard. Previous updates were numbered as 10.6.1 and 10.6.2. 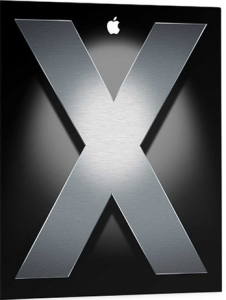 Apple is urging suppliers to make sure that all shipments from Taiwan to China follow Chinese customs regulations to avoid processing delays at the border — reports Nikkei Asia. As political tensions between China and Taiwan continue to rise, the former has started strictly enforcing a long-standing rule that requires Taiwan-made imports to be labelled...
Nehal Malik
12 hours ago

Amazon announced on Friday it has entered into a merger agreement to acquire robot vacuum maker, iRobot, in a $1.7 billion all-cash deal. “We know that saving time matters, and chores take precious time that can be better spent doing something that customers love,” said Dave Limp, SVP of Amazon Devices, in a statement. “Over...
Gary Ng
13 hours ago