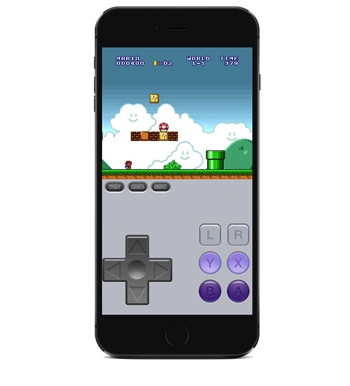 The recently discovered “date trick” that many users have long been taking advantage of and installing all sorts of game emulators on their iPhone, iPod touch and iPad devices running iOS 8 without any jailbreak, has finally been blocked by Apple in iOS 8.1 (via CultofMac).

Those who aren’t aware, the “date track” discovered by developers in iOS 8 allows unapproved apps to be installed without hacking simply by rolling back the date and time on an iOS device and downloading apps through Safari, the same trick we used in our SiOS Super Nintendo emulator installation tutorial published a couple of days back. However, the team behind GBA4iOS emulator has now confirmed that Apple has blocked the loophole in its latest iOS 8.1 beta.

So if you’re planning to install the SNES emulator on your iOS 8 device, you better hurry up and enjoy your favourite retro titles while you still can.

The adoption and popularity of cloud gaming on mobile devices are continuously on the rise. With higher demand for pristine control over beloved games, the need for functional and intuitive controllers is also emerging. Turtle Beach is amongst the latest to bring a solution to the table with its Atom and Recon Cloud controllers. The...
Steve Vegvari
2 hours ago

The Federal Trade Commission (FTC) is said to be moving forward on filing an antitrust suit in order to block Microsoft's substantial acquisition of Activision Blizzard. News of this comes as Microsoft awaits approval from UK regulators. According to three people familiar with the matter, the FTC is “likely to file an antitrust lawsuit to...
Steve Vegvari
2 hours ago

Christmas is just around the corner, and with all the sweet Black Friday deals out there at the moment, there's no better time to get your holiday shopping done. Here are our top picks for tech gifts this holiday season: Apple Gift Ideas Apple's latest flagship smartphone series, the iPhone 14 Pro, absolutely has to...
iPhoneinCanada.ca
14 hours ago