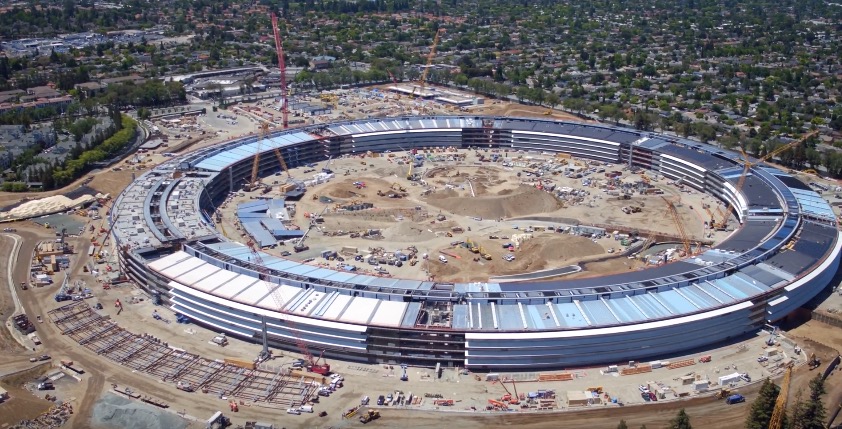 Drone pilot Duncan Sinfield normally releases monthly videos of his drone flyovers at the Apple Campus 2 construction site. This time around, he has posted a short clip of a mid-month update, because he says July has been a really busy month for the site:

Construction in Cupertino is REALLY progressing this month. I don’t typically share clips from my mid-month flights, but with the notable ramp in progress, it seemed necessary for a (brief) update.

According to the video, it appears more of the roof has been completed, as white panels are being laid down, compared to the last video update we saw at the beginning of the month. Apple Campus 2 will use 3,000 curved glass panels, custom made by Germany-based sedak.

Earlier this month, July updates for the Apple Campus 2 site were first posted by another drone pilot detailing updates, Matthew Roberts. Expect another video posted in the next week or so.

Apple's long-awaited AR/VR headset may not start shipping until the second half of 2023 due to a delay caused by some "software-related issues," according to TF International Securities analyst Ming-Chi Kuo. Kuo previously had the headset pegged for a second-quarter release. He said in a tweet that his sources indicate components for the mixed-reality headset...
Nehal Malik
28 mins ago