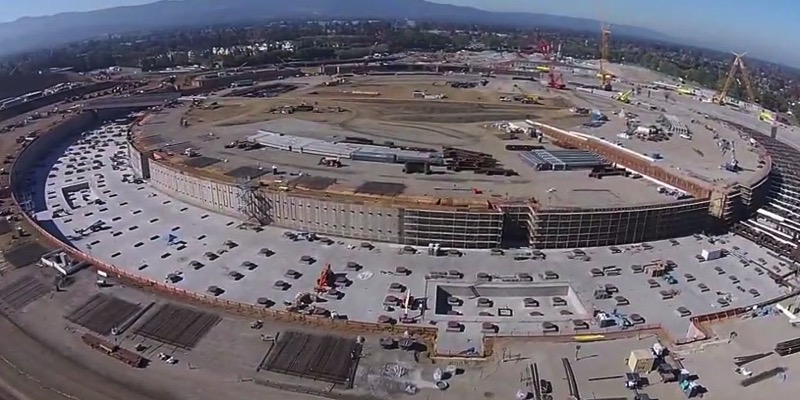 YouTube user myithz has uploaded another video of the construction progress update of Apple Campus 2, the company’s new ‘spaceship’ campus being built in Cupertino set to open in 2016.

From up in the air, scale of this massive campus is hard to put into perspective until you realize how tiny cars and trucks look on site. The footage was captured using a DJI Phantom 2 Vision+, one of the most popular drones on the market.

This is the 3rd video of the Apple Campus 2 (“The Donut”). A great deal of progress has been made since the last visit. I used my DJI Phantom 2 Vision Plus to film this.

Apple Campus 2 will have four storeys, 2.8 million square feet of space and be able to house up to 13,000 employees.