Apple’s secrecy policy couldn’t prevent the latest information leak about the company’s next headquarters, the Apple Campus 2. The Silicon Valley Business Journal has discovered that the company plans to include a visitor centre to “give visitors to Apple Campus 2 the opportunity to see the Main Building from the rooftop observation deck.” 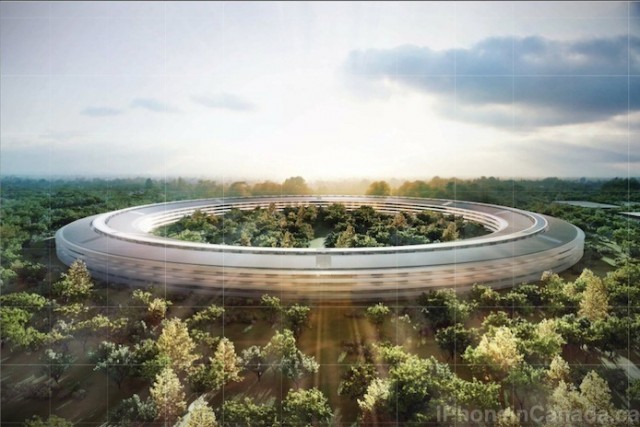 It’s an open secret that Apple Campus 2 won’t be visible from bordering streets, thanks to the large earthen berms. But interest has been high among Apple fans and neighbours in Campus 2, and as construction kicked off, we’ve seen a handful of videos documenting the construction.

According to Apple’s plans, the visitor centre will be an ultra-modern, glass-walled structure topped by a carbon-fibre roof with extended eaves and a 2,386-square-foot café on the ground floor, as well as a 10,114-square-foot Apple Store where visitors will be able to purchase the newest Apple products.

”Stairs and elevators take visitors to the roof level, about 23 feet up. There, they’ll be able to behold the multi-billion-dollar campus, a kind of monument to the late co-founder Steve Jobs and Apple’s tremendous money machine.

If everything goes according to schedule, the Apple Campus 2 will be ready by the end of next year. The building will then be open to visitors between 7 a.m. and 7 p.m., Monday to Friday, and between 9 a.m. and 7 p.m. on weekends.