Last year, Apple introduced its ‘buy now, pay later’ program in Canada, offering interest-free 12 or 24 month payments for iPhone, iPad and Mac nationwide and in Quebec, according to the compnay. 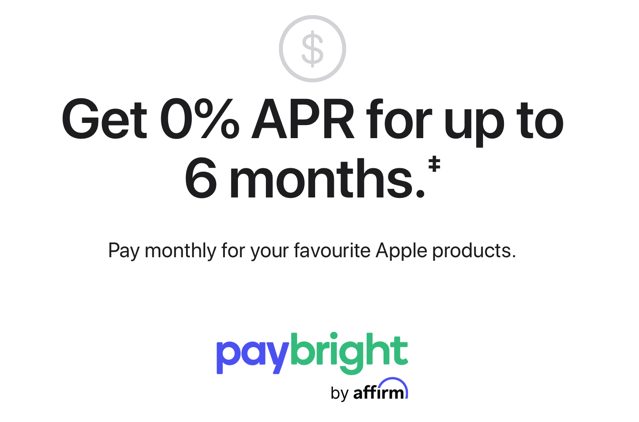 This year, however, Apple Canada’s Paybright installment plans appear to have gotten worse with the company now giving users only 6 months to pay back for their iPhone 13 and new iPad devices.

Below, Apple gives the example of a $999 purchase over 6 months, showing $0 interest charges and processing fees.

Apple explained in an email to customers 0% APR is only available for a “limited time” and is available online and in-store.