Apple Canada Still Has the iPod touch in Stock, But Limited Quantities 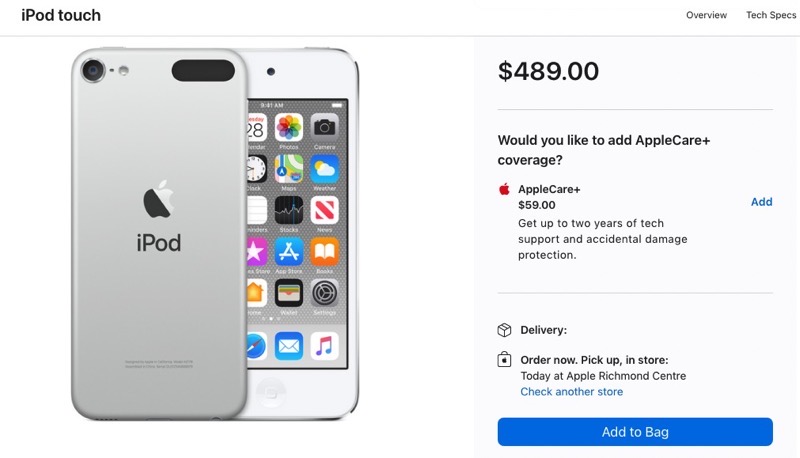 Of course, a feeding frenzy ensued for existing iPod touch stock on Apple.ca, including the refurbished store.

However, less than one week later Apple Canada still has some product in stock, specifically more expensive 128GB ($369) and 256GB ($489) storage options, only in the following colours according to our checks just now:

You can also find the iPod touch widely available at other retailers such as The Source (on sale for $229) and Best Buy, London Drugs and Staples, for example. It’s unclear if buying an iPod touch will result in riches years and decades from now, as it seems there are just gazillions of them out in the wild.