Tonight is finally time for iPhone X pre-orders folks, and ahead of the launch on Friday, October 27 at 12:01AM PT/3:01AM ET, Apple.ca has been updated to feature only iPhone X, just like Apple.com. 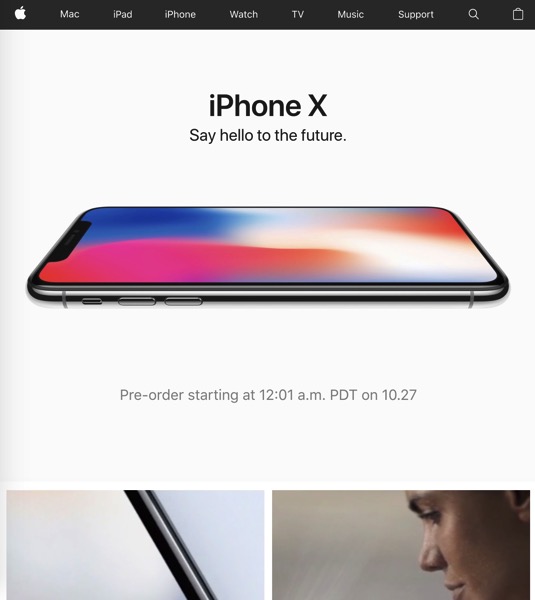 The takeover shows off features of iPhone X, such as Face ID, 5.8-inch OLED display, A11 Bionic chip and wireless charging.

Want to find out how to quickly order iPhone X in Canada? Click here to read our tutorial on the best steps to follow for success.

Also, take our poll here to find out which iPhone X model will be the most popular.

Today marks the official launch of Apple's iPhone 14 Plus. Rounding out the new family of Phones, preorders for the iPhone 14 Plus should be arriving to users around the world. However, for those that didn't pre-order, in-store pickup options are rolling out region by region. Currently speaking, if you navigate to Apple's website in...
Steve Vegvari
47 mins ago