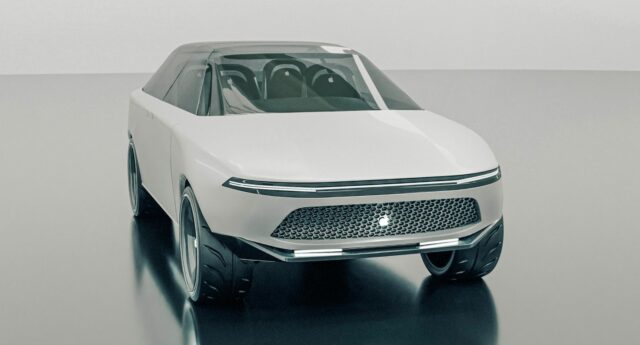 Rumours of an Apple Car continue to circulate, such is the apparent appeal of Apple making the jump from smartphones, tablets, and computers to electric cars. While Apple doesn’t appear to be anywhere near close to launching its own car, Vanarama, a car-lease broker based in the UK, has created an Apple Car rendering to add to the pile of speculation.

The rendering depicts an EV with an SUV coupe body style that combines a tall ride height with a low roofline. That’s in line with recent production EVs like the Ford Mustang Mach-E, but there is no indication that Apple would choose this shape beyond the fact that it’s currently popular with car designers.

While the digital drawings attached in the gallery below may seem like a shot in the dark, they are in fact based on genuine patents filed by Apple. 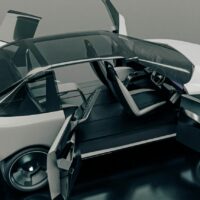 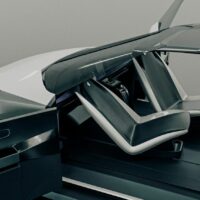 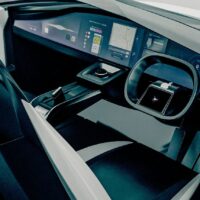 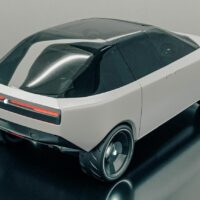 Aside from Apple’s car patents, the design is inspired by existing Apple products. The front grille is inspired by the Mac Pro’s circular vents, the retractable door handles resemble the iPhone’s side key, and the frosted silver color has been based on a popular Apple color scheme since the iPhone 4. One of the most striking features is the MacBook-inspired glowing Apple logo at the front of the vehicle, and the exterior also comes with an Apple logo on all wheels.

Inside the Apple Car, one can see the Siri voice assistant on the steering wheel, based on a previously filed Apple patent. There are also two design elements on the dashboard based on Apple patents: a seamless display patent, which means the screens don’t have any borders; and a customizable dashboard patent, which will let the driver place the controls wherever they like.

On the side, there’s an adaptive door patent, allowing the vehicle’s doors to offer more boarding space. Lastly, there’s a pillar-less design, effectively eliminating the blind spot while driving.

Check out the 360-degree render of the concept over at Vanarama’s website.

According to MacRumors, there is a microphone issue plaguing some Apple Watch Ultra and Apple Watch Series 8 units. Users have reported an issue where they are unable to use Apple Watch's microphone to talk to Siri, make a phone call, record voice memos, and more. The microphone simply becomes unresponsive after some time, rendering it...
Nehal Malik
39 mins ago