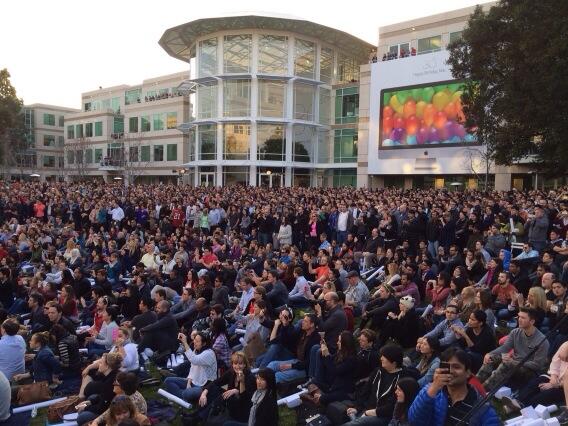 Yesterday, Apple celebrated the 30th Anniversary of the Macintosh and treated its employees to a musical performance by the popular band OneRepublic, last night at Apple’s Cupertino Campus.

Celebrating Mac’s 30th with some of my closest friends in Cupertino with OneRepublic. Awesome.

The second tweet from Tim Cook, Apple’s CEO, shows that Apple is still standing at the intersection of technology and the liberal arts.

“It’s in Apple’s DNA that technology alone is not enough — it’s technology married with liberal arts, married with the humanities, that yields us the result that makes our heart sing.” — Steve Jobs (1955 – 2011)

The company also decorated its headquarters in Cupertino with several 30th anniversary posters, which lists every employee who has ever worked at Apple by their badge number. Several Apple executives, including Tim Cook, have given interviews about the Mac to celebrate its 30th birthday.