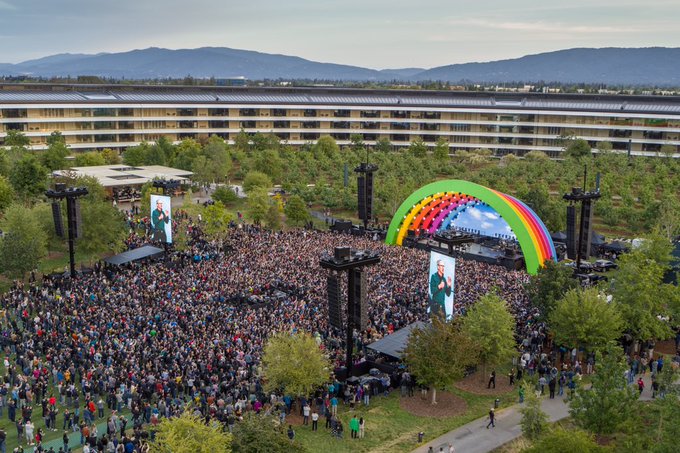 Just over a week ago, news came to light Apple Park had setup a mysterious Jony Ive-designed rainbow stage, in what was said to be for a Steve Jobs tribute event, set for Friday, May 17, 2019.

The event kicked off on Friday evening and featured pop superstar Lady Gaga, singing on stage at Apple Park.

Apple CEO Tim Cook tweeted last night, “We came together today, in the home you imagined for us, and celebrated your spirit. We love you, Steve.”

Cook followed up to say, “Thanks to the incomparable @ladygaga for helping make our celebration unforgettable.” 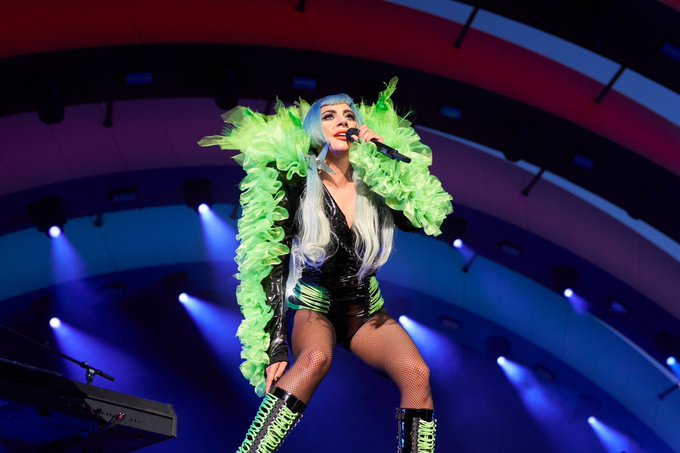 Apple had sent out a memo internally the celebration would feature Lady Gaga and of course, news spread quickly over social media.

The concert also had Lady Gaga hold one-minute moment of silence for Steve Jobs. Check out some of the concert below, which included fireworks for special effects to conclude the show:

A moment of silence for Steve Jobs during Lady Gaga's set at Apple Park! pic.twitter.com/1QCMfM8isP

Lady Gaga has hit the stage at Apple Park for her performance! pic.twitter.com/AhzMoPmTw2

I wanna say goodbye to people the way Lady Gaga does it#ApplePark pic.twitter.com/VswJ1Hg1g4