With volume production of 2018 iPhones set to begin, Apple has just completed certification of its key component suppliers, Economic Daily News is reporting (via MacRumors). According to the Taiwanese publication, these suppliers have already begun shipping large quantities of components to Hon Hai Precision Industry, also known as Foxconn, and Pegatron. 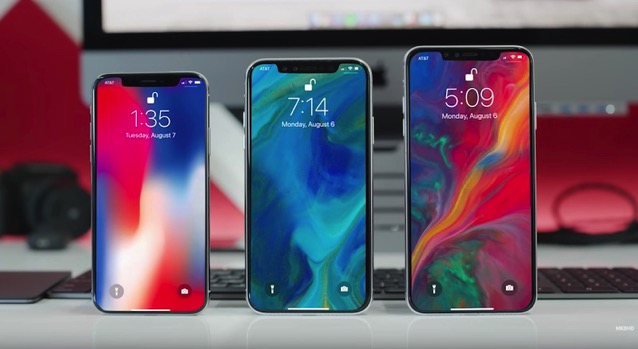 Taiwanese research firm Fubon Securities believes Foxconn will assemble 100% of second-generation iPhone X handsets, 90% of units for the larger “iPhone X Plus” and 75% of units for the all-new, lower-priced 6.1-inch LCD iPhone.

The remaining 2018 iPhone orders are said to be fulfilled by Pegatron. It, however, remains unclear exactly when these iPhone assemblers plan to begin volume production of fully-assembled devices.

[Machine Translated] According to industry sources, the new iPhone is certified by key component suppliers such as lenses and chassis. Because of its technical and cost advantages, it is difficult for the industry to cross the industry, so it will soon be certified.

The module parts, including TPK and the mainland leading factory Ou Feiguang, are not idle people. GIS has recently been certified, and the key touch module supply is also used. It also makes Hon Hai and Heshuo factories enter the assembly stage one after another.

Apple is expected to unveil the three new iPhones at a dedicated media event next month.