In other mapping-related news, Apple has modified their description of Apple Maps on iOS on their website. The claim of the “most powerful mapping service ever” has been removed from the description (via Labnol). Check it out the old text below: 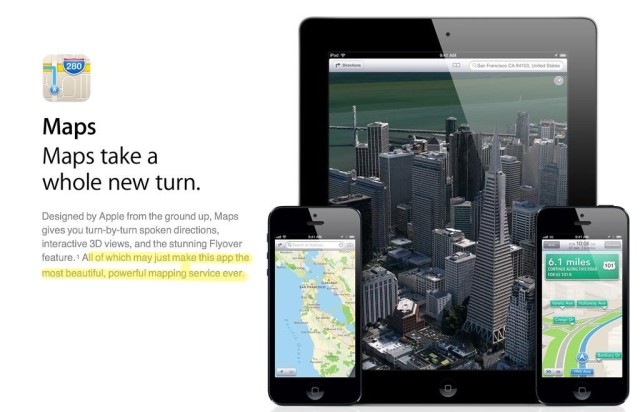 …and the new change below: 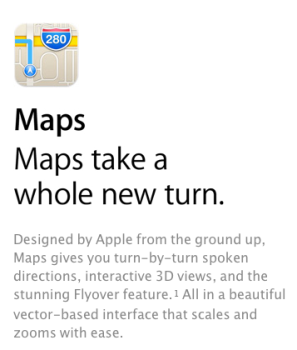 Apple had a gargantuan task of replacing Google Maps, one of the best mapping solutions around. They set high expectations, users listened, and found out on their own it wasn’t even up to par. Expectations are premeditated resentment. Let’s hope it only gets better.