Apple in Talks with Comcast for Streaming TV Service: WSJ [u]

More rumours have been added to what could be coming next for the Apple TV. The Wall Street Journal reports its sources say Apple and Comcast have been in talks to partner up for a streaming TV service:

Apple Inc. is in talks with Comcast Corp. about teaming up for a streaming-television service that would use an Apple set-top box and get special treatment on Comcast’s cables to ensure it bypasses congestion on the Web, people familiar with the matter say.

The discussions between the world’s most valuable company and the nation’s largest cable provider are still in early stages and many hurdles remain. But the deal, if sealed, would mark a new level of cooperation and integration between a technology company and a cable provider to modernize TV viewing.

The report notes Apple wants its users to be able to stream live and on-demand TV and PVR recordings from the cloud, basically replacing a traditional cable box. Such a set top box would be available for purchase directly from Apple, instead of Comcast. 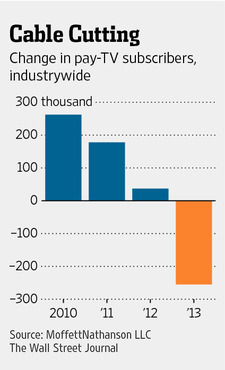 The partnership means Apple would hope to benefit from faster internet service, having its TV stream separated from public Internet traffic, to ensure no lag or buffering. Apple’s video streams would be seen as a “managed service”, and be accessible in IP format similarly used by on-demand video.

Don’t get too excited yet, because one source says both companies “aren’t close to an agreement,” as for Comcast to jump on board it would require significant network and back end equipment upgrades.

Sources also say Apple wants to implement Apple ID sign ins to allow it to control customer data, plus get a percentage of monthly subscriptions paid by customers. As you can expect, Comcast wants to retain control over their customers and their data.

Other obstacles in the way include Apple requiring a mammoth task of getting TV programming rights from media companies. Comcast also needs to make sure the price Apple pays for these rights would not cause the new TV service price to be higher than its traditional cable.

Last summer Apple was said to be close to a TV content deal with Time Warner in the US—but talks came to a standstill as Comcast ended up acquiring the latter for $45 billion this February, a deal still being reviewed by regulators.

Back in early 2012, rumours noted Apple had approached Rogers and Bell in Canada to discuss a partnership for TV rights. The report went so far as to say both carriers already had a demo unit in their labs for testing.

Update: The Information similarly reports on an Apple-Comcast relationship, but also emphasizes gaming as part of the next Apple TV, something we earlier heard back in January:

The new box under development would blend live TV listings with apps and Web video, with a big focus on gaming, these people said. One person involved with the Apple product says the company hopes to attract more iPhone and iPad game developers to make their games work with the new box so that people can play them on their TV screen, using iPhones and iPads as controllers. Some games already are available that way through the current Apple TV box.

Apple’s also banking on drawing customers with a new interface. The new box replaces the traditional channel guide with on demand menus, and Apple has been seeking deals to allow people to watch virtually all their content on-demand. The device under development is likely to integrate with iPhones and iPads and Siri, Apple’s voice-activated assistant.