According to an exclusive report by Variety, Kristen Wiig will star in the upcoming Reese Witherspoon-produced comedy series for Apple, marking the Hollywood star’s first regular TV role since she left “Saturday Night Live” in 2012. Wiig will also serve as an executive producer on the 10-episode, half-hour comedy, which is inspired by Curtis Sittenfeld’s upcoming short story collection “You Think It, I’ll Say It”. 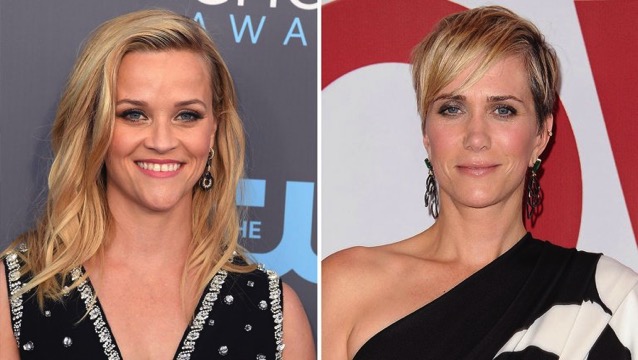 The report says that the series, which also marks Apple’s first half-hour scripted comedy order, has been created by Colleen McGuinness, who will also serve as showrunner and executive producer. Witherspoon will executive produce via her Hello Sunshine banner along with Lauren Neustadter, and Wiig. Sittenfeld will serve as a consulting producer.

Since exiting SNL, Wiig has focused on features including Bridesmaids, for which she earned an Oscar nomination for co-writing the original screenplay, Downsizing, mother! and Ghostbusters, among others.

This marks the third project Witherspoon has set up at Apple. She and Jennifer Aniston will star in a currently untitled morning show drama for Apple, and will also appear in a second season of the critically-acclaimed HBO series “Big Little Lies” which she also executive produces.

The folks over at MacWorld have compared Apple’s latest M2 Pro and M2 Max processors with every other Apple silicon found in the iPhone, iPad, and Mac lineup. "Understanding the performance differences between each chip will help with your buying decisions, especially when you’re deciding between iPhone 14 or MacBook models.” To find out how...
Usman Qureshi
2 mins ago

Sometimes, Members of Parliament can work together, especially when it seemingly benefits voters (or when there’s public outrage). According to The Canadian Press, taxpayers will no longer have to pay for the home internet bills of their MPs. The Liberals and Conservatives both agreed to axe members from having taxpayers foot home internet as an […]
Gary Ng
28 mins ago

In celebration of Data Privacy Week, Uber Canada has announced new privacy features for the Uber and Uber Eats apps for consumers. Uber has added industry-first “View as a Driver” and “View as a Delivery Person” features to its apps, which let you select what your driver or delivery person can view. The features are...
Usman Qureshi
38 mins ago