The U.S. Patent and Trademark Office (USPTO) has today published an Apple patent application that details a new method for manufacturing sapphire displays, confirming that the company is continuing its work on bringing sapphire displays to its smartphone, despite the major set back caused by bankruptcy of GT Advanced Technologies less than a year ago. 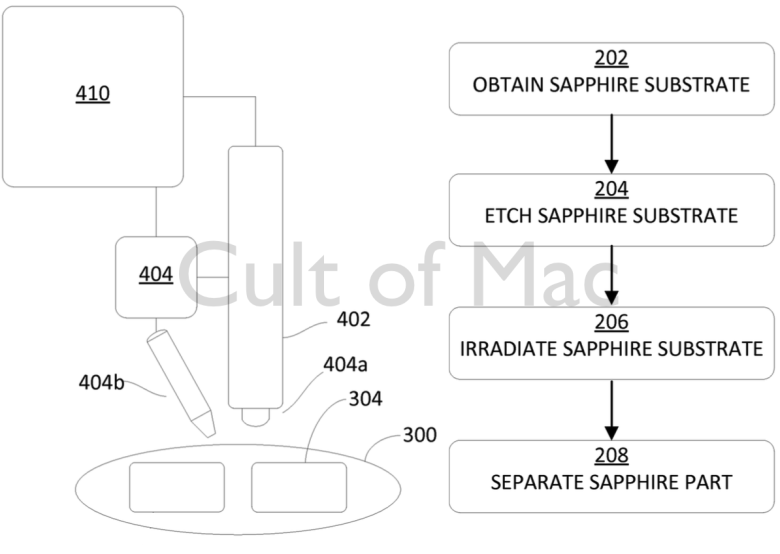 According to CultOfMac, Apple describes a method of irradiating the sapphire crystal and then using a laser and “second gas medium” to slice it into the super-thin sheets. Apple’s filing explains that sapphire crystal is paradoxically both incredibly hard and very brittle. The sapphire itself rates 9.0 on the Mohs scale, which means that it is capable of scratching almost all other minerals including physical cutting tools.

“However, Sapphire is also delicate in the sense that small defects in the surface or edge of a sapphire substrate can result in “dramatic strength reductions.” To solve this, Apple’s efficient laser-cutting patent application would save wear and tear on physical sapphire cutting tools, while also lowering the number of defects made. This in turn would have a positive impact on the all-important yield, necessary to churn out tens of millions of devices.”

To read more about Apple’s patent application, hit up this link.