Apple’s Most Important Contribution to Mankind Will Be in Health: Tim Cook

CNBC had an exclusive interview with Apple CEO Tim Cook yesterday, where the company executive stated new services were coming this year related to health. 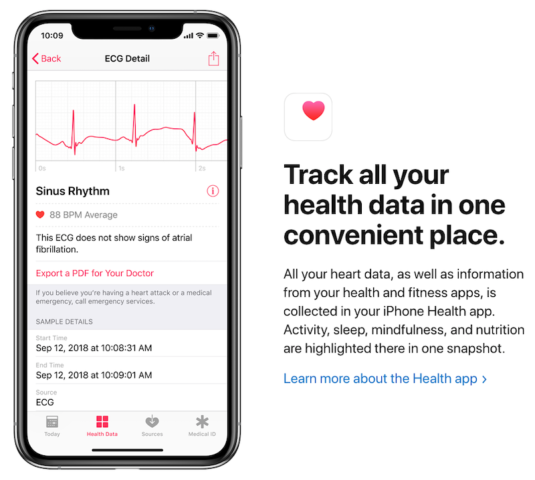 Jim Cramer asked Cook about services related to health and Cook answered “On services, you will see us announce new services this year. There will more things coming. I don’t wanna tell you about what they are…”

Cook didn’t elaborate when pressed on the matter, only to emphasize if you looked back on Apple in the future, he says the company’s “greatest contribution to mankind” will “be about health.”

The CEO said Apple “has always been about enriching people’s lives,” and healthcare through Apple Watch, with creations like ResearchKit and CareKit putting medical records on a customer’s iPhone, “this is a huge deal.”

Cook went on to say:

“And it’s something that is very important for people. We are democratizing it. We are taking what has been with the institution and empowering the individual to manage their health. And we’re just at the front end of this. But I do think, looking back, in the future, you will answer that question, Apple’s most-important contribution to mankind has been in health.”

While the ECG feature in Apple Watch Series 4 has already started to help impact customer lives, it’s still only available to devices purchased in the USA.

As for Canadians, Apple has apparently not put forth an application for its ECG feature, according to Health Canada back in December.