According to a new report by Busines Insider, Apple is courting some of the biggest news publishers, including The New York Times and The Washington Post, by pitching its upcoming premium news subscription service as a saviour to the publishing industry. 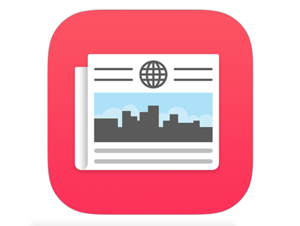 Both publications have, however, not yet agreed to join Apple although The Wall Street Journal is said to be having “productive talks” with the iPhone maker on the matter, says the report citing people familiar with the matter.

The report adds that Apple is pitching its premium new service by pointing to its success with Apple Music as evidence of its subscription expertise. However, the critics say that comparison is flawed since music is inherently different from news.

“No one wants an all­you­can­eat magazine service,” said one digital publishing exec whose company isn’t participating in Apple’s service. “Magazines are passion points, whereas music, you do want a library.”

Apple’s pitch to publishers is that it will charge about $10 a month for what will amount to a premium tier of its existing Apple News app that’s baked into Apple mobile devices, according to knowledgeable sources. Apple will share half of the revenue with publishers based on how much time users spend with the given publishers’ content, they said.

Among the top publishers, there’s a belief that there’s little in it for them because they see Apple News as something people use when they have a few minutes to kill, so they’re inclined to spend it reading light fare, not the kind of news these publishers charge top dollar for.

Apple is set to launch a new all­-you­-can­-read news subscription service along with other services at a big event next week. The service is expected to be a relaunch of magazine subscription app Texture, which Apple acquired from Conde? Nast last year.

SpaceX has applied for the U.S. Federal Communications Commission (FCC)'s permission to equip 2,016 second-generation Starlink satellites with equipment that will provide T-Mobile customers with cellular connectivity when ground coverage is unavailable (via Tesla North). Back in August, SpaceX and T-Mobile announced a partnership to provide global satellite phone service, powered by second-gen Starlink satellites...
Nehal Malik
56 mins ago