A new Reuters report revealed the progress and reasoning behind Apple’s device recycling robot Daisy, which can disassemble some 200 iPhones per hour. 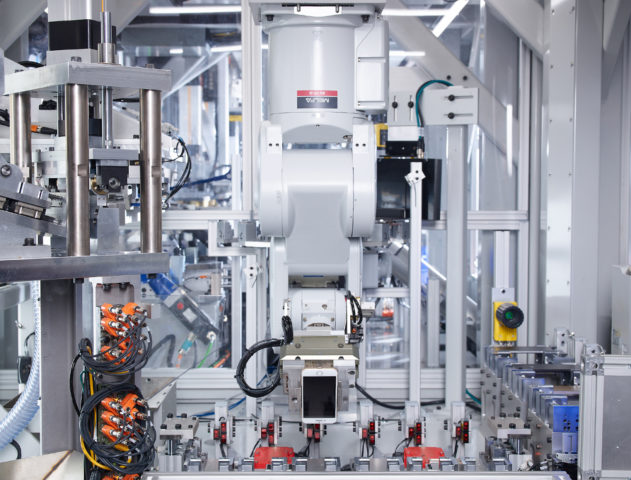 The report details the Cupertino company’s effort to improve its recycling initiative. Apple is trying to change the way electronics are recycled with a robot that disassembles its iconic iPhone so that minerals can be recovered and reused, but rising global demand for electronics means new mines will still be needed by manufacturers.

In four steps, Daisy can remove the battery from an iPhone using a blast of freezing cold air measured at -176 degrees Fahrenheit, also removing screws and modules including the haptic module that makes an iPhone vibrate. Daisy can disassemble up to 200 iPhone units in an hour, and the components it removes are sent to recycling companies where the minerals are extracted.

Apple says the robot is part of its plan to become a “closed-loop” manufacturer that does not rely on the mining industry, an aggressive goal that some industry analysts have said is impossible.

Some remain skeptical about Apple’s lofty goals. Repair advocate iFixit chief executive Kyle Wiens says: “There’s this ego that believes they can get all their minerals back, and it’s not possible.”

However, Tom Butler, President of the International Council on Mining and Metals, described Apple’s position as “enviable” and that they could indeed pull it off. He questioned however whether other players in the industry would be able to follow suit.

“We’re not necessarily competing with the folks who mine,” said Lisa Jackson, the Cupertino company’s head of environment, policy and social. “There’s nothing for miners to fear in this development.”

Apple is already using recycled tin, cobalt and rare earths in some of its products, with plans to add to that list. The company last month bought the first commercial batch of carbon-free aluminum from a joint venture between Rio Tinto and Alcoa.