Apple Announces $1.3B Data Centre in Iowa, Completion in 2020

Yesterday news leaked Apple was set to build a new data centre in Waukee, Iowa, and this morning the company confirmed the plans with an official announcement.

Apple says a new 400,000 square foot data centre will power North American customers and run on 100% renewable energy from the start. It will power Apple services like iMessage, Siri, the App Store and more. 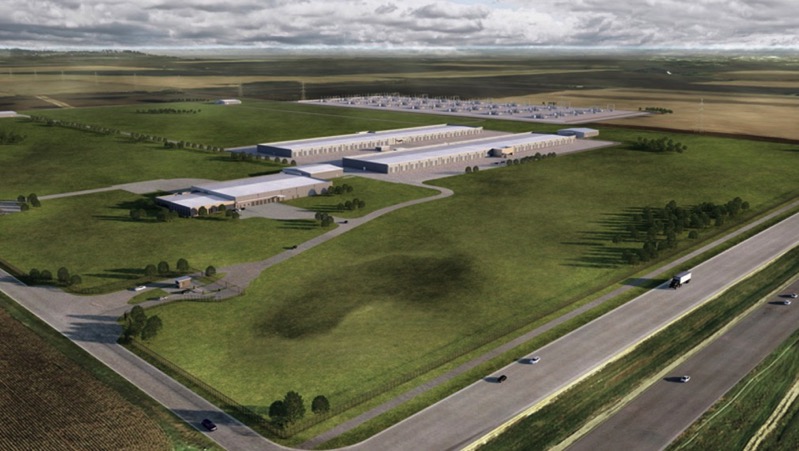 The company plans to invest $1.3 billion USD and create over 550 jobs in the Des Moines area, while also contribute up to $100 million to the newly created Public Improvement Fund, for the community around Waukee. The fund will help build new parks, libraries, recreational spaces and more, including a new Waukee Youth Sports Campus.

“At Apple, we’re always looking at ways to deliver even better experiences for our customers. Our new data center in Iowa will help serve millions of people across North America who use Siri, iMessage, Apple Music and other Apple services — all powered by renewable energy,” said Tim Cook, Apple’s CEO, in a statement issued to iPhone in Canada. “Apple is responsible for 2 million jobs in all 50 states and we’re proud today’s investment will add to the more than 10,000 jobs we already support across Iowa, providing even more economic opportunity for the community.”

Apple says it has already powers operations in the U.S. and 23 other countries with 100% renewable energy, with a pledge to make all global operations run green as well.

“We’re honoured Apple is choosing Iowa for the site of its most technologically advanced data center to date,” said Iowa Governor Kim Reynolds. “Apple’s commitment to innovation and renewable energy leadership mirrors our own. This investment in our state is vital as we continue to develop as a technology hub and grow our workforce.”

“Waukee is proud to welcome Apple,” said Waukee Mayor Bill Peard. “This new facility will bring with it high-quality jobs and important infrastructure developments for the city. We look forward to a continued partnership with Apple on this effort for decades to come.”

Apple says the new data centre is set to go online in 2020, with construction to break ground in early 2018.