In a recent video, Canadian Linus Sebastian from popular YouTube Channel Linus Tech Tips has shared his experience of reaching out to Apple as well as an Apple Authorized Service Provider, both of which refused to service his damaged iMac Pro over ‘policy’ issues (via MacRumors).

The iMac Pro got damaged when Sebastian and his team tried to reassemble it after taking it apart for a video review they did back in January. When they reached out to Apple to inquire about repair options, the company declined to service the iMac Pro. 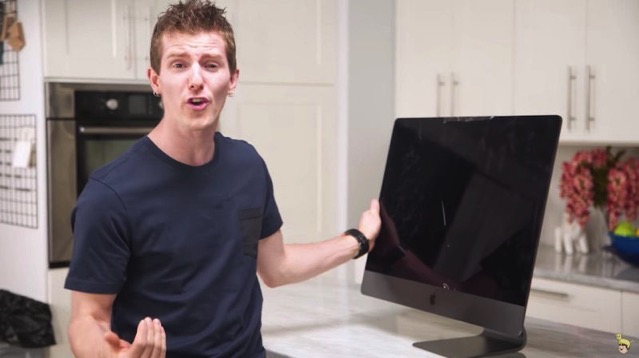 While an Apple support advisor blamed limited availability of replacement parts, the actual reason seems to be related to Apple’s repair policy for products that have failed due to “unauthorized modification”, including “faulty installation, repair, or maintenance by anyone other than Apple or an Apple Authorized Service Provider”.

Check out Sebastian’s video below as he walks through the whole experience, and share your thoughts in the comments section.