Last October, when Apple announced the departure of iOS Chief Scott Forstall and John Browett, the press release also stated new roles for designer Jony Ive, as he was to “provide leadership and direction for Human Interface (HI) across the company as the leader of Industrial Design.”

We have seen the influence of Jony Ive in the latest preview of iOS 7 at WWDC, which has been controversial but for the most part seen as a positive move by Apple. Yesterday, Apple simplified Ive’s job title on the company’s website. His title now reads he is the senior vice president of ‘design’–the word ‘industrial’ has been dropped (although his thumbnail description still shows it at the time of writing). 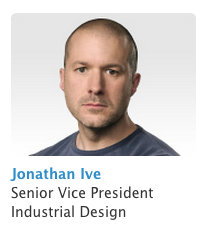 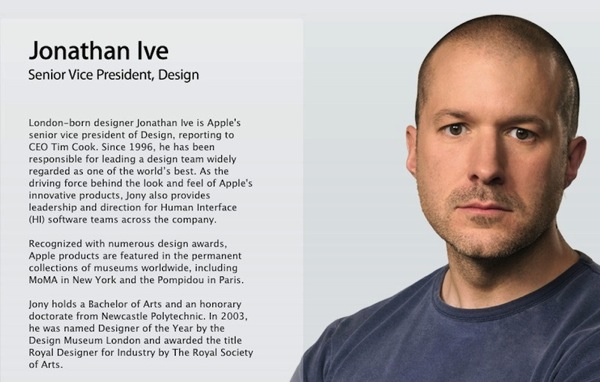 Earlier this year Ive was named part of TIME’s 100 most influential people, describing him as ‘Obi-Wan’ and his team as “Jedi whose nobility depends on the pursuit of greatness over profit, believing the latter will always follow the former, stubbornly passing up near-term good opportunities to pursue great ones in the distance.”