A new patent filing from Apple, published today by the US Patent & Trademark Office (USPTO), reveals a revolutionary flex material that could be used as the enclosure and hinge mechanism for MacBooks and several other products, PatentlyApple reports. The amazing new flexible material has the ability to bend just enough and no more in order to safeguard internal components. 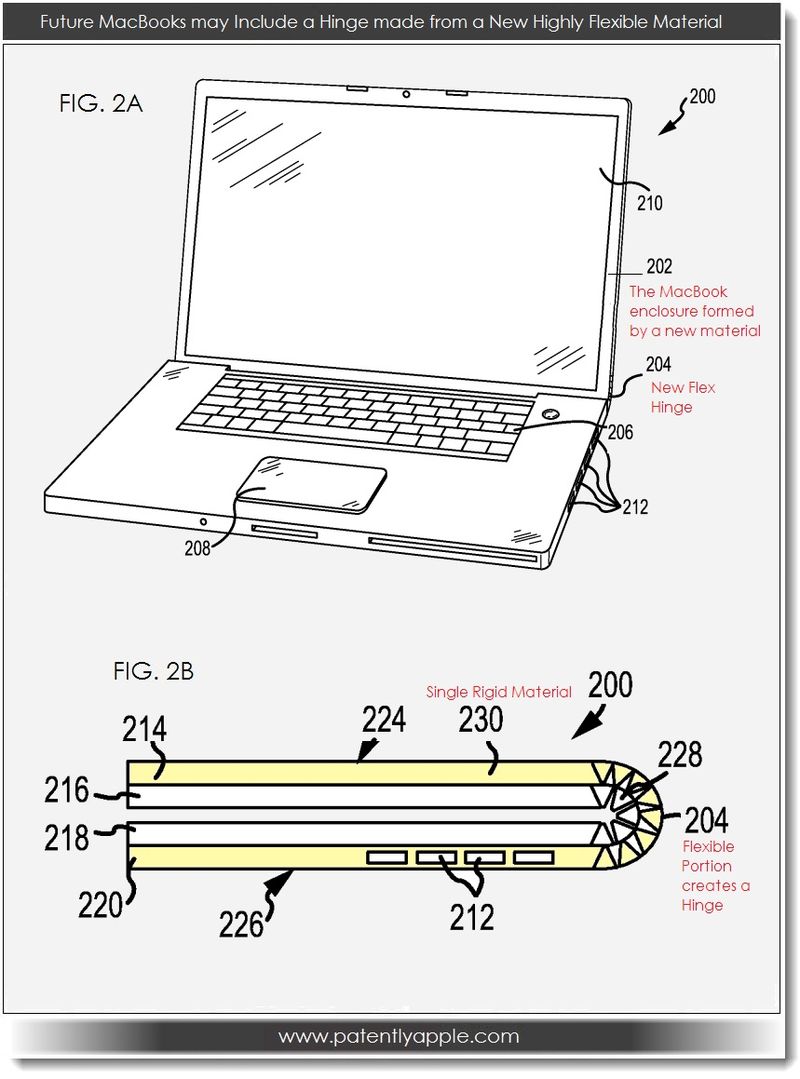 Apple states that electronic devices and peripherals are normally made of rigid material, such as plastic or metal, that require the use of a hinge to be connected to another rigid material. These additional components, such as hinges, increase the size of the enclosures and thus the size of the devices. Apple’s invention solves this issue by detailing methods for creating different kinds of flexible enclosures for future devices, such as its MacBooks.

In Apple’s patent FIG. 2A below we see a perspective view of a future MacBook Pro with a new enclosure formed of a substantially rigid material noted in patent figure 2B further below as patent point #230. The material includes a strain relief or flexible portion in the hinge area #204. The MacBook’s enclosure may at least partially surround one or more components such as a keyboard, track pad, and/or a display.

It should be noted that, although the electronic device 200 in FIG. 2A is illustrated as a MacBook, other electronic devices are envisioned. For example, the enclosure may be used to for smartphones, digital music players, display screens or televisions, video game consoles, set top boxes, telephones and beyond.

The filing also notes that once a geometric pattern has been determined for this new rigid yet flexible material, specialized machinery that uses lasers, can be used to cut or engrave the geometric pattern into the rigid material.