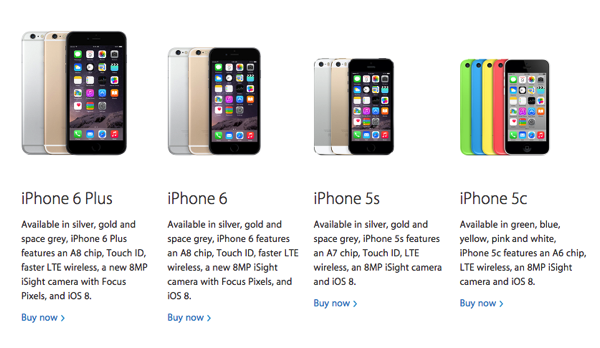 The Taiwanese Industrial and Commercial Times reports (via MacRumors) that Apple will stop manufacturing the “lower-cost” iPhone 5c, starting around mid-2015. As Apple has two great new products, an iPhone 6 with a 4.7-inch display, and an iPhone 6 Plus with a 5.5-inch display, both of which are in high demand, according to worldwide reports, it makes perfect sense to discontinue a product that has failed to meet sales expectations.

The holiday shopping season officially kicks off this week with Black Friday, and Apple currently has four iPhone models on offer: the iPhones 5c, 5s, 6, and 6 Plus. The colourful 8 GB version for $469 indeed makes the “cheaper iPhone dream” a reality, as it compares to the high-end 16 GB iPhone 6 Plus’ starting price of $859.