According to a report from iPhoneClub.nl (via AppleInsider), Apple is planning to build a new European data center in the Netherlands. It is believed that Apple’s new state-of-the-art data center is planned for construction at a site near other tech titans in the Dutch seaport of Eemshaven. The project, code named “Saturn”, could bring as many as 200 new jobs to the area. 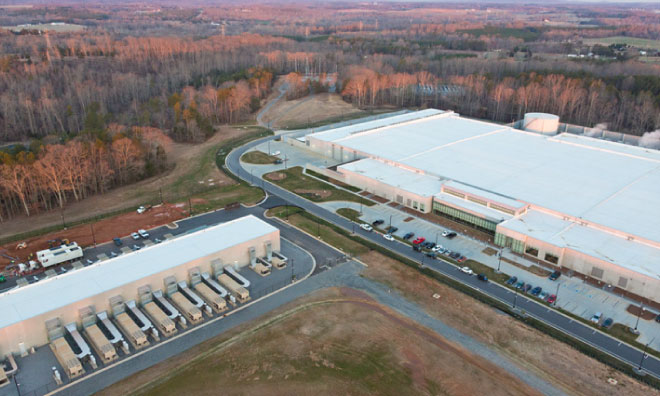 Eemshaven, a seaport in the Netherlands, is home to numerous power generating stations, including a 156-megawatt wind farm, and is also the landing point for a high-capacity transatlantic fiber optic cable managed by India’s Tata Communications. Google currently operates a 10,000 square meter facility in Eemshaven, and Microsoft has begun construction on a similarly-sized datacenter of its own in the area as well.

Apple will reportedly make a final decision on whether to officially add the Eemshaven site to its roster by the end of the year.

European Apple customers may soon be slurping down data from a new state-of-the-art datacenter as the company is rumored to be eyeing a site near other tech titans in the Dutch seaport of Eemshaven.

Apple’s infrastructure team is believed to have been focused on the region as a possible expansion location for some time.

Apple completed a $1 billion facility in Maiden, North Carolia in 2012, and is currently in the process of opening similar sites in Oregon and Nevada.