Apple has joined forces with a number of other tech companies to lobby the Federal Communications Commission for a new Wi-Fi band. 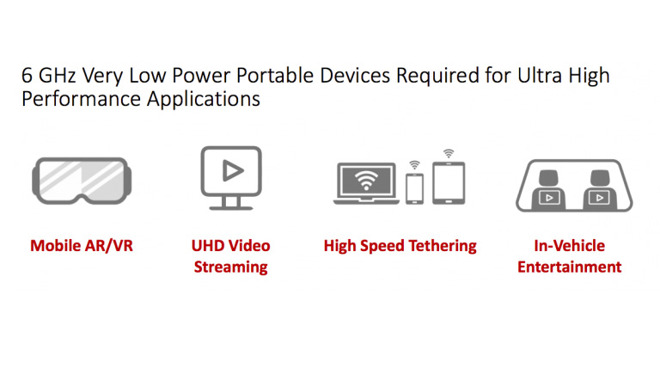 According to a new report from The Verge, Apple, Google, Facebook, HP, Qualcomm, and Microsoft are among the signatories of a letter to the US Federal Communications Commission (FCC) calling for approval for a new category of Very Low Power (VLP) Wi-Fi devices.

The title of the group’s letter to the FCC is “The FCC can Accelerate 5G Services while Protecting Incumbent Operations by Enabling Very Low Power Portable Class Devices in 6 GHz.”

“Traditionally, Wi-Fi has been built on top of unlicensed 2.4GHz and 5GHz spectrum, but late last year the FCC unanimously approved opening up the 6GHz band for unlicensed activity as well, providing a huge 1,200MHz chunk of wireless real estate for all manner of devices to communicate without needing to rely on cellular,” reads the report. “But that pissed off the cellular industry, not to mention utilities like water and power, which still use some 6GHz microwave antennas for their communication backhaul and say they’re worried about interference.”

CTIA, who represents the wireless communications industry, argues that there is a lot of potential for communication interference under the proposed rules and that the U.S. would be better off licensing the 6GHz band to carriers so that it may lead the world in 5G connectivity.

The proposed 6 GHz band would open up new types of short-range connectivity for portable VLP devices. It could prove useful for everything from mobile augmented reality devices to high-speed tethering with smartphones, laptops, and tablets.

It’s worth noting the companies want to make use of the 6GHz band in VLP mobile devices that are far enough from microwave antennas to prevent any interference, even at close range. Couple that with the fact that the signal is too weak to pass through people or objects, and the companies have a compelling argument for VLP devices operating anywhere in that 1,200MHz chunk of spectrum that FCC wants to free up for unlicensed use.

Music streaming giant Spotify's shares surged as much as 10% today after the company reported Q4 earnings that beat analysts’ revenue estimates with strong user growth. According to CNBC News, Spotify reported 489 million monthly active users for the quarter, up 20% year over year. There were 33 million net additions to monthly active users...
Usman Qureshi
14 mins ago

1Password developers have just shared a preview of all the new features and improvements coming in their next major update, especially for iOS users. Reorder fields and sections inside items One of the biggest improvements in the forthcoming 1Password 8 update will be the ability to reorder fields and sections within items. "Just edit the item,...
Usman Qureshi
28 mins ago

Apple analyst Ming-Chi Kuo has today claimed in a series of tweets that only the highest-end 'iPhone 16 series’ model will feature a periscope camera lens next year. Earlier this month, a report by The Elec noted that the new periscope camera lens expected to debut this year exclusively in the iPhone 15 Pro Max will...
Usman Qureshi
53 mins ago