With today’s public release of iOS 7, Apple has launched a new featured section within the App Store named “Designed for iOS 7”, which features popular apps updated for the latest software update. If you’re looking to see some apps that will work nicely with iOS 7, these are worth checking out. 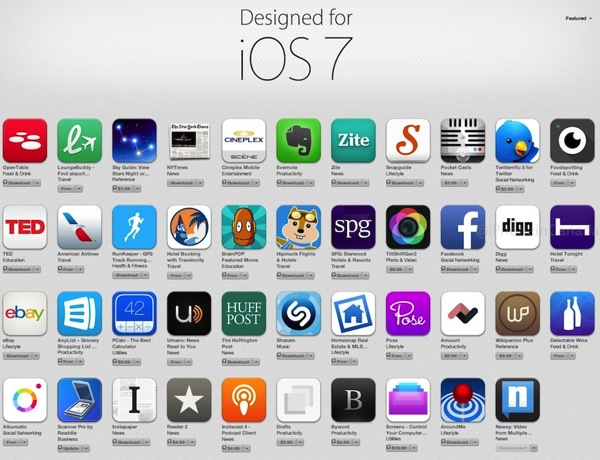 You can find the section within iTunes on your Mac/PC and also within the App Store on your iOS device. One of the listed apps includes Cineplex Mobile, popular among many Canadians for purchasing their movie tickets and using with the Passbook feature in iOS.

Earlier today, Apple also updated its Apple Store and AirPort Utility apps for iOS 7. What are you favourite iOS 7 apps so far?