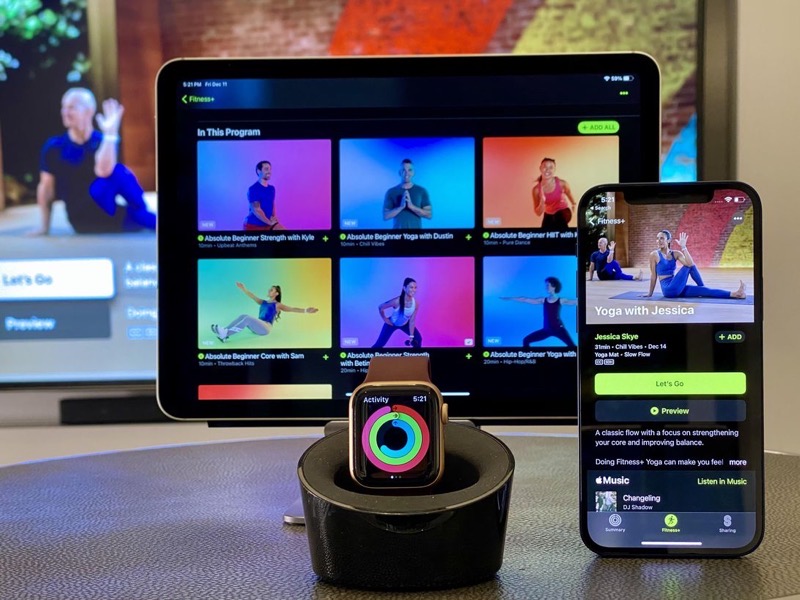 According to MyHealthyApple, Apple has just been granted patent number 0210001180 for “Techniques for providing customized exercise-related recommendations,“ which will leverage Machine Learning.

The patent, which Apple applied for back in September 2020, details a proprietary exercise recommendation engine that uses machine learning models to generate exercise and health recommendations for users based on inputs like health metrics from an Apple Watch and the goals they have set for themselves in the Fitness+ service.

In its current state, the Fitness+ service takes a user’s input and recommends the best workout regimens and exercises for them. With seamless Apple Watch integration, the service has gone over quite well with Apple’s consumer base.

However, the newly approved patent indicates that the Cupertino, California-based tech giant is looking to take things to the next level by throwing Machine Learning into the mix.

With Machine Learning models at its disposal, Apple hopes that the Fitness+ service will be able to go beyond simply recommending workout videos for you to watch and follow along to — the goal is to take into account everything from biometrics and medical history to your current workout routine and goals in order to determine and present ways for you to improve.

The soon-to-come recommendations will cover everything from the best-suited exercises for users to ways they can improve the exercises they’re already doing.

The now-patented technology isn’t ready to be implemented just yet, but it serves to give us a clear idea of where Apple wants to take Fitness+ in the future.