When Apple first released the new emoji support in iOS 12.1 beta 2, many were quick to criticize the bagel. “What midwestern bagel factory did this bagel come out of?” asked Nikita Richardson of Grub Street.

Today Apple released beta 4 of iOS 12.1, and the bagel design has changed.

Below are the before and after changes of the bagel emoji: 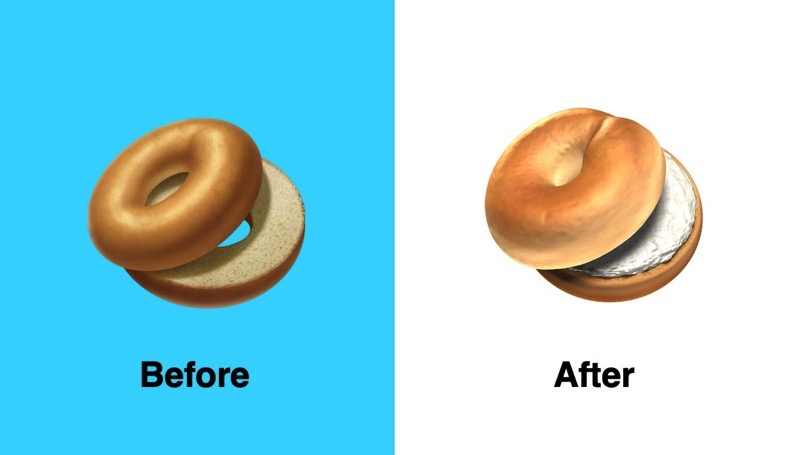 Responding to complaints, Apple's bagel emoji has been updated in the latest iOS 12.1 beta pic.twitter.com/k5l67QZldf

Thank you, Apple. I don’t know what my life would be like without cream cheese on my bagel emoji. #firstworldproblems