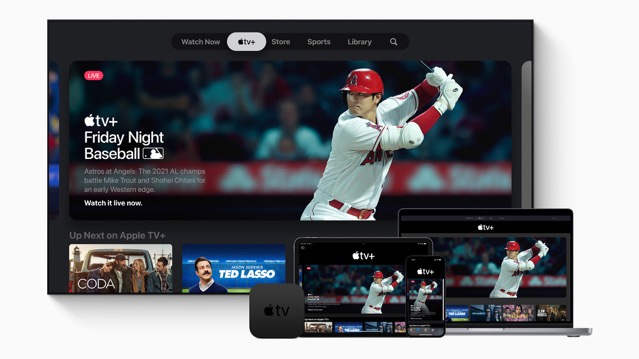 Set to kick off tomorrow, April 8 in Canada and globally, Friday Night Baseball will offer fans games and additional content, including new exclusive programs such as “Countdown to First Pitch” and “MLB Daily Recap,” beginning today in the Apple TV app.

In addition to two marquee games on Friday nights throughout the regular season, fans in the US and Canada will be able to enjoy new 24/7 live programming with MLB game replays, news and analysis, highlights, classic games, and more.