According to Reuters, Apple has proposed a new smaller standard for SIM card design, to enable thinner and smaller designed products. The information comes from head of Orange, a wireless carrier in Europe:

“We were quite happy to see last week that Apple has submitted a new requirement to (European telecoms standards body) ETSI for a smaller SIM form factor — smaller than the one that goes in iPhone 4 and iPad,” said Anne Bouverot, Orange’s head of mobile services.

“They have done that through the standardization route, through ETSI, with the sponsorship of some major mobile operators, Orange being one of them,” she told the Paris leg of the Reuters Global Technology Summit.

Previously, there were rumours of a unified SIM coming from Apple that would eliminate SIMs altogether. The current iPhone 4 already utilizes microSIM cards, which are a almost half the size of conventional SIM cards.

What do you think? New smaller SIM cards coming our way? If there’s one company to adopt and invent a new SIM card it would be Apple. 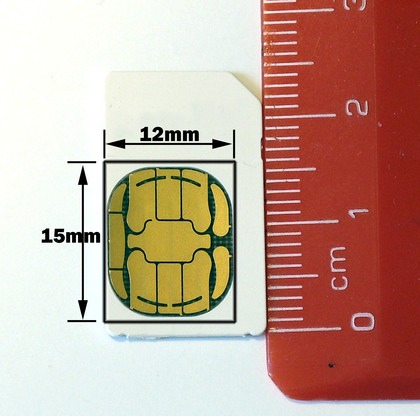 [caption id="attachment_389886" align="aligncenter" width="1200"] Image: LCG Auctions[/caption] A rare, factory-sealed original iPhone from 2007 in mint condition is up for bidding at New Orleans-based LCG Auctions' 2023 Winter Premier Auction, which will run through February 19 at LCGAuctions.com. According to LCG Auctions, the item could ultimately fetch more than $50,000 USD. The same auction house...
Nehal Malik
35 mins ago