Here’s Why Apple Should Bring Health, Fitness to Mac and iPad

An interesting new article over at TechRadar has highlighted why Apple needs to bring the same health and fitness information available to iPhone and Apple Watch users to the Mac and iPad as well. 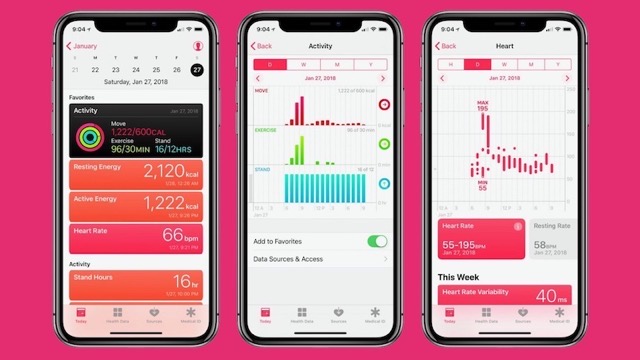 There’s currently no app where you can easily check your fitness goals or the helpful overviews in the iPhone’s Health app on your Mac or iPad.

For the iPad, while there’s a ‘Fitness’ app available, it is only for Fitness Plus users to help perform the video workouts that are available as part of their subscriptions.

As Apple begins rolling out macOS Ventura, iOS 16.1, and iPadOS 16.1 starting today, Apple should make the Health and Fitness apps across all devices.

“Health isn’t limited to the smartphones we use – it’s everywhere, and it should be easier to access, rather than feeling like an exclusive feature to iOS and watchOS,” notes the article.

Checking your fitness on the new Lock Screen in iOS 16 is great, but I want Apple to go further. I want to see the ability to place extra-large fitness widgets on an iPadOS home screen, for example, or at least be able to see Health and Fitness updates that I can access from the macOS menubar.

Don’t you guys think all of this would be much more helpful if you’re able to see how your move goals are going without raising your wrists or tapping your iPhone displays?