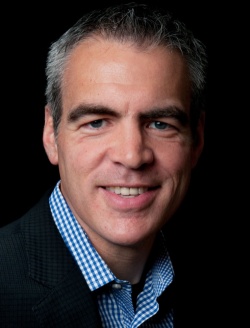 After leaving Delta earlier this month Kupbens is serving as Apple’s Vice President of Online Retail, according to his LinkedIn profile. During a 2013 AdAge conference he talked about the importance of every customer having at least five brands they really love.

“I used to work at Target and when you went to a cocktail party and you told people that you worked at Target, you know what they’d say?” he asked. “‘I love Target! I’ll give you a big hug!’ You know what people say when you tell them at a cocktail party that you work at Delta? ‘I hate you! You lost my bag! You had me on the tarmac for seven hours. I’m going to kill you!’ It’s different when you work for a love brand.”

Before joining Delta in 2010 Kupbens spent eight years at Target, where he last served as vice president.

In October, Apple acquired Burberry CEO Angela Ahrendts who will become the company’s senior vice president of sales and online retail. Kupbens will likely work under Ahrendts, who will start working at Apple in the coming months and she will be reporting directly to Apple CEO Tim Cook.

The company has been without a retail leader since John Browett was fired in October 2012. Apple is hoping that the addition of Kupbens and Ahrendts will restrengthen the company’s retail division.