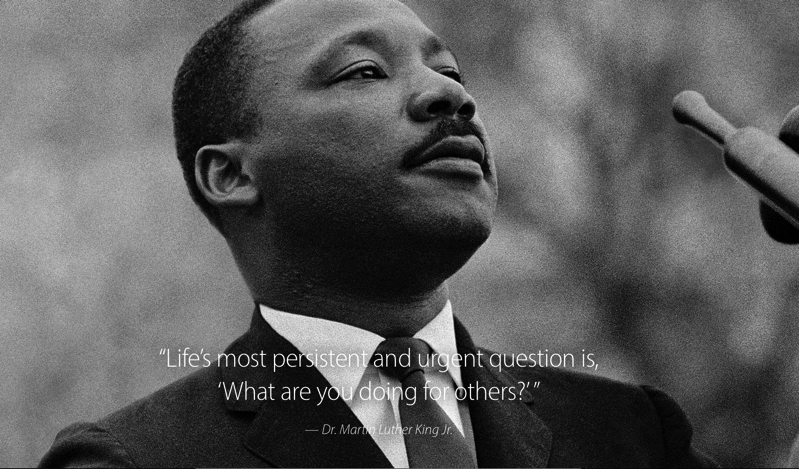 Acknowledging Martin Luther King Day (an annual American federal holiday celebrated on the third Monday of January) Apple has today updated its official US homepage with an image of the renowned activist.

At the bottom of the image there is a quote from the civil rights campaigner: “Life’s most persistent and urgent question is, ‘What are you doing for others?”

Martin Luther King’s name frequently appears in interviews with Apple CEO Tim Cook, as he often mentions the name of the preacher alongside politician Robert Kennedy, who was assassinated in 1968, the same year as King.

Remembering #MLK: Life's most persistent and urgent question is "What are you doing for others?"

Many US companies choose to offer a day off to their employees for Martin Luther King Day, but last year Apple chose to commemorate it by donating $50 per voluntarily worked hour.