Apple has announced its wireless speaker, the HomePod, has officially launched sales in Canada, available today at $449. 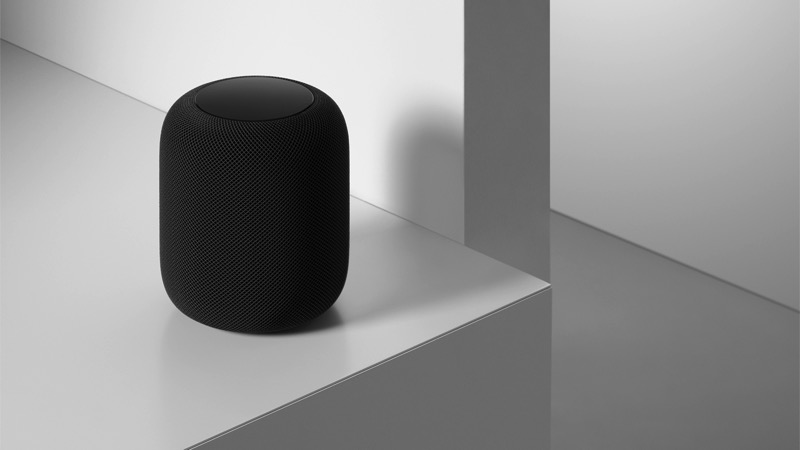 HomePod speakers can be paired together to create stereo pairs and more with AirPlay 2 in iOS 11.4, to allow users to create speaker groups in the home. HomePod works best with an Apple Music subscription with Siri.

The speaker has an Apple-designed woofer for deep bass and seven beamforming tweeters, and according to the company enable the speaker to “preserve the richness and intent of the original recordings.”

The features of HomePod include the ability to send and read messages, make calls, set timers, reminders, check the weather, listen to podcasts and also control your HomeKit devices in the home. Recently, HomePod gained local news coverage to read briefings from CBC, CTV, Global, TSN and CNN.

Apple reiterates with HomePod, “security and privacy are fundamental to the design of Apple hardware, software and services.” So this means with every Siri request on HomePod, it’s recognized locally on the speaker and any information sent out to Apple servers are encrypted with an anonymous Siri identifier.

Canadian French language support is coming later this year in a software update, says Apple on its website (in red text so everybody knows). 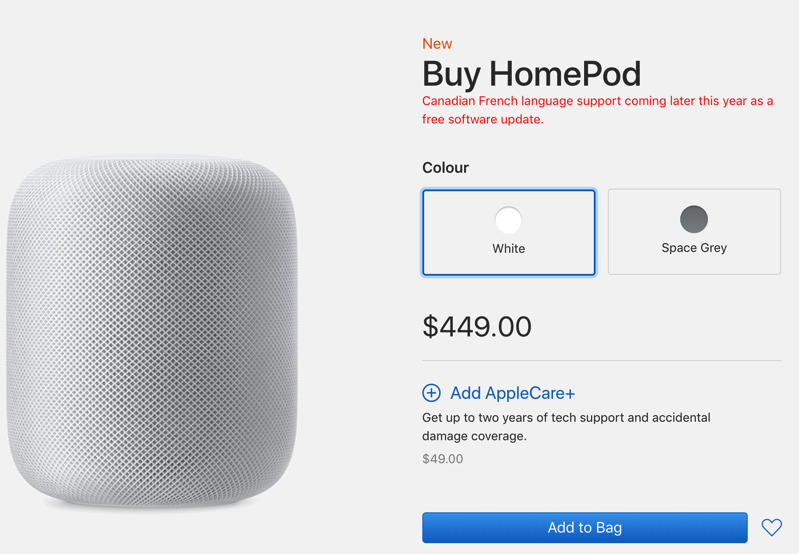 HomePod is available in White or Space Grey, available for $449. You can pick it up today in Apple Stores across Canada and Best Buy, or have it delivered by Friday, June 22 via Apple.ca.

Today also marks the launch of HomePod in France and Germany as well.