In recognition of the International Women’s Day, Apple is highlighting the work of female developers, musicians, artists, photographers, and entrepreneurs, while announcing a new partnership with ‘Girls Who Code’ to support new coding opportunities for girls and young women in the US. 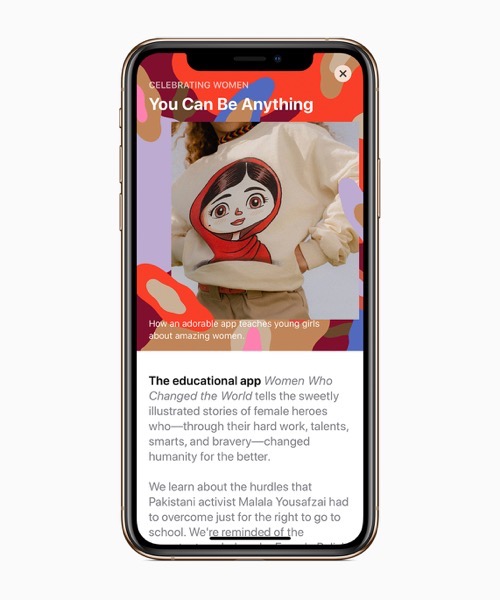 “Women have earned the opportunity to have our ideas shape the future,” said Lisa Jackson, Apple’s vice president of Environment, Policy and Social Initiatives. “We’re excited to support Girls Who Code as they empower girls to be the developers and tech innovators of tomorrow.”

During the month of March, Apple will also celebrate creative women at the forefront of apps and games. Every App of the Day featured in the US will highlight an app founded, developed or led by a woman, including Bumble, TheSkimm and Stitch Fix.

Moreover, Apple Music will be featuring some of the most visionary women in music with highly curated playlists and editorial packages throughout the month, and Beats 1 will host a 24-hour takeover with shows programmed to highlight inspiring women.

Apple Watch users can also earn an exclusive Activity Award and stickers for Messages when they complete a walk, run or wheelchair workout of a mile or more on the International Women’s Day (March 8).