Apple has introduced 2-step verification for Apple ID and iCloud users to further enhance security (via 9to5Mac). Essentially this added layer of security, a unique code is sent to your device (via SMS or push notifications if you have Find my iPhone enabled) before you make changes to your account or make digital purchases on new iOS devices. Users will also be able to print out a 14-digit recovery key in case you lose your device.

Unfortunately, Canada is not part of the launch yet (boo) as this new security layer is only available to Apple ID users in the U.S., U.K, Australia, Ireland, and New Zealand, as noted in the FAQ:

In which countries is two-step verification available? 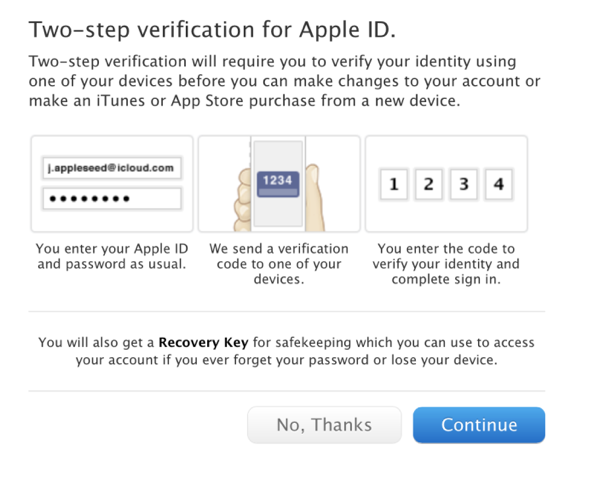