It took a while, but Apple has finally released an official iPhone 6 and iPhone 6 Plus dock that supports other devices with Apple’s Lightning port (via TechCrunch).

As you can see on the product page, the new dock features a freestanding Lightning connector, unlike other docks – Belkin for example – where you need to place the device in a slot. 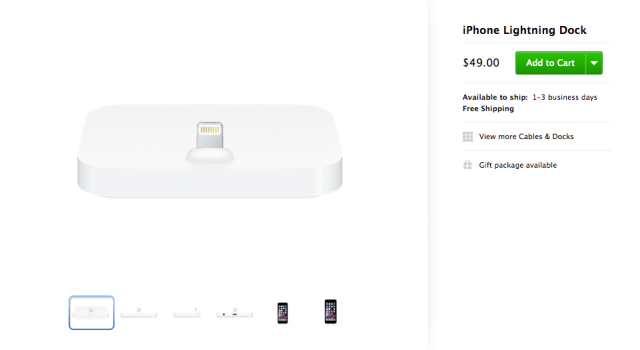 The dock features a very simple and basic design. It includes an audio line-out port so you can connect it to powered speakers, and supports headphones including a remote control.

The new dock’s pricing obviously varies by country: What costs $39 in the US, in Canada you need to shell out $49 (CAD). 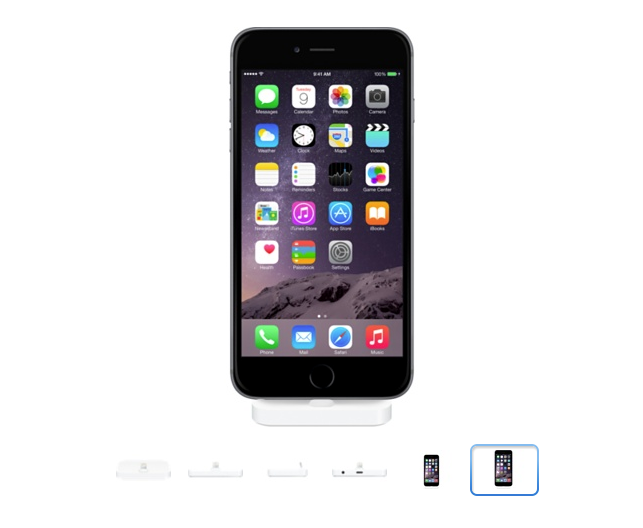 Apple’s pricing compares to Belkin’s Charge and Sync dock, which currently retails for $39.95, which is compatible only with the iPhone 5, 5s, iPod nano 7th-generation, and iPod Touch 5th-generation.

Update: From Apple’s Support page on these new docks–they will fit with your Apple case on:

If your iPhone or iPod touch has an Apple case, you can leave it on while using the iPhone Lightning Dock.