At 10AM PDT/1PM EDT on Tuesday, October 13, 2020, Apple will hold a special event titled ‘Hi, Speed.’ where it is expected to reveal this year’s iPhone lineup. The company will likely announce four new ‘iPhone 12’ models in different sizes and prices, with at least some supporting 5G cellular networks. 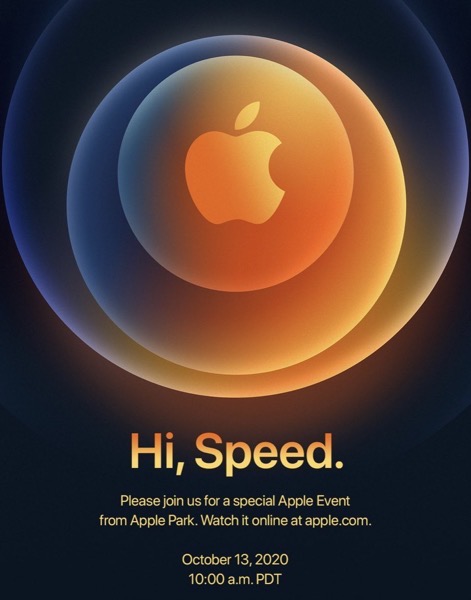 “We expect this fall’s launch to be the most significant iPhone event in years,” said Morgan Stanley analyst Katy Huberty, who is forecasting Apple to ship about 220 million iPhones in its fiscal 2021, which would be up 22% year-over-year according to the Morgan Stanley model (via CNBC News).

Here’s a brief rundown of what to expect from Apple at tomorrow’s iPhone 12 launch event according to Morgan Stanley:

The biggest jump in speeds will come from the variety of 5G sometimes called millimeter wave or ultrawide band. But in the United States, millimeter wave is only available in certain markets.

While carriers are expanding quickly, the new iPhones may only be able to reach their full potential in a handful of regions.

Sales will start later than usual

It’s possible that some models will go on sale shortly after the event while others take a longer time to hit store shelves, most likely due to challenges designing and manufacturing ten of millions of devices during a global pandemic.

One more thing (or event)

This year, it’s likely to be audio products. Veteran analyst Ming-Chi Kuo predicted earlier this year that Apple is working on wireless over-the ear headphones that would carry its own brand. and a smaller and less expensive HomePod speaker.

The special event will be streamed online tomorrow and will be available to view on Apple.com.