Apple iPhone 4 Sticks Around in China, Priced at $437 CDN

Tim Cook said today that Apple historically would lower the price of an earlier generation iPhone after the product refresh announcement. But, this year it is doing something completely different: replacing the iPhone 5 with two new models, the iPhone 5C and iPhone 5S. 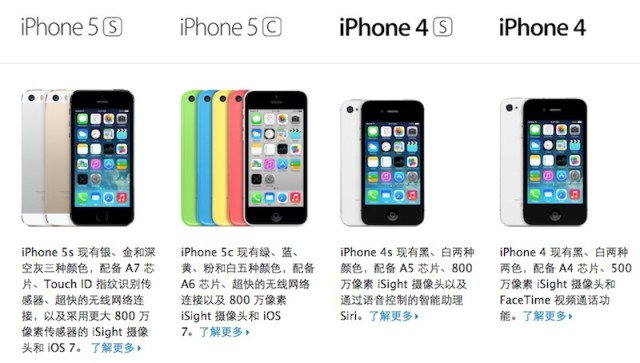 Reading Verizon’s latest report about iPhone activations, we find that the iPhone 4 and 4S retain a huge chip of total activations. Apple’s move to replace the iPhone 5 with the new models is in line with Ming-Chi Kuo’s earlier prediction: Apple will discontinue the iPhone 5 and keep the iPhone 4S lineup.

Turns out, he was right. Apple announced today that the 8GB iPhone 4S remains and it will be available for free on contract.

But what’s more interesting is that Apple is keeping the iPhone 4 as well, at least in China, according to MacRumors‘ information. It is yet unclear how long the iPhone 4 will be around (I am guessing: another year), but with relatively high prices even for the lower-cost handset, the device will represent a low-cost option to enter the Apple world.